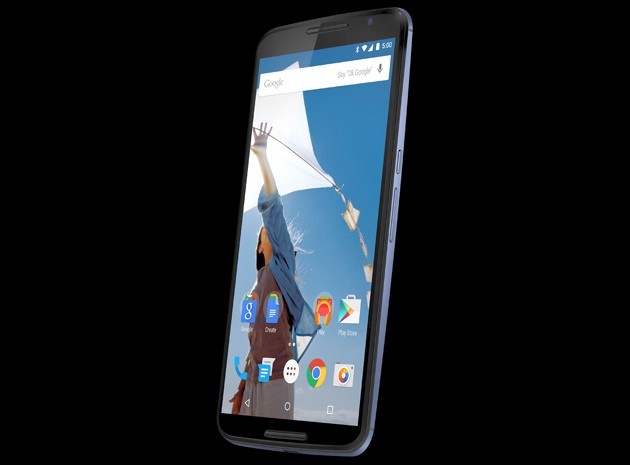 Even in retirement, (@evleaks) Evan Blass has blessed Android fans with a leaked press image for the upcoming Nexus 6. The press leak confirms what we already know, as it clearly looks like a bigger version of the Moto X. The Nexus 6 image shows a couple of Android L icons on the screen, and it features a Moto X style grille and side trim. A closer look at the leaked press image and the smartphone in the new Google animated ad, shows some similarities. The phone is rumored to have a 5.92-inch display, a Snapdragon 805 processor, 3GB of RAM, 32GB internal storage, 3,200 mAh battery, and a 13 MP rear camera. Google will be unveiling both the Nexus 9 tablet and Nexus 6 device, this month or next based on the company’s history of doing so in these months.