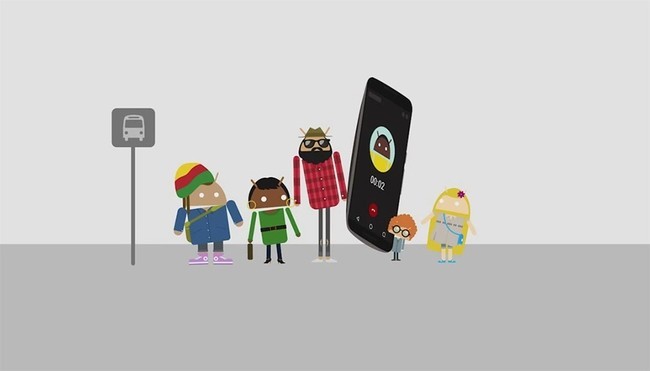 Google launched three new Android ads which aired during The Walking Dead season premier last Sunday. One of the new ads had five Droid animated characters standing at a bus stop, they get an incoming call, the little Droid guy checks his phone after the other two, only to brandish big looking phone.

The phone in the ad looks like the rumored Nexus 6 we’ve seen in leaked images, the new Google ad also ends with a “Be together. Not the same” tagline. Visiting the tagline link points your browser to a dead link, hum? We all know Google’s prepping to launch its latest Android OS ‘Android L,’ the ad dose a good job at reminding us that not matter what Android phone manufacture we use, Android OS brings us together. We are patiently waiting to hear some new stuff soon, as all three ads appeared online just days before Google and HTC are rumored to be launching a Nexus 9 tablet. Rumors have it that, Google might choose to launch its Nexus 6 and Android L OS the same time.