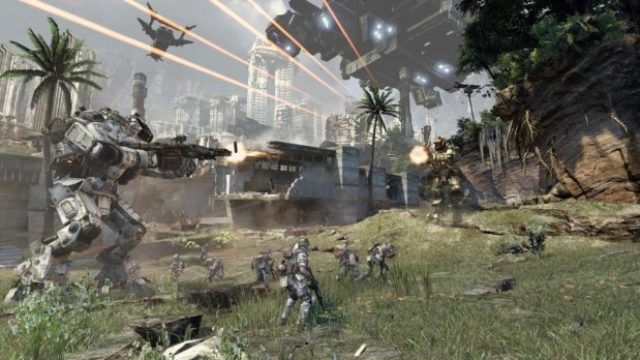 Some Xbox One owners will out-rightly tell you that the main reason the bought the next-gen console is because of the multiplayer mech game Titanfall. The developer behind Titanfall, Respawn Entertainment, is providing early access via a beta, so PC and Xbox One gamers can sign up for access starting tonight at 9PM ET. Also, the beta sign-up page is live now, interested Xbox One and PC (with an EA Origin account) gamers can apply here. The finished title won’t arrive until March 11th, but EA just issued a press release dating the Titanfall beta for February 14.

The beta will include three game modes: Attrition, Hardpoint Domination and Last Titan Standing. Attrition is the classic Team Deathmatch mode we all know, Hardpoint Domination is a capture-point objective mode where teams battle over three checkpoints and in Last Titan Standing, all players spawn with a Titan – when all of a team’s Titans are destroyed, that team loses. After signing up, EA will respond to the provided email no later than 11:59 PM PST on Feb 17. A valid Origin account is required to join the Titanfall beta on PC, which has some reasonable minimum system requirements. Titanfall, a fast-paced multiplayer first-person shooter with gigantic mechs, launches on Xbox One and PC on March 11; the Xbox 360 version drops on March 25. Enjoys the recent video posted on YouTube on “The Titanfall Journey.”