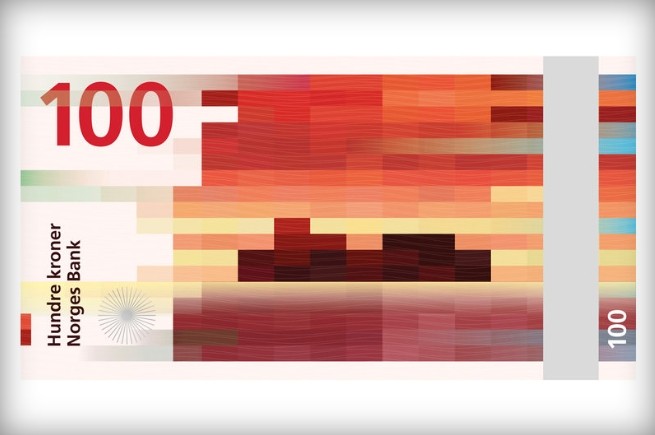 The guys at Snøhetta have been given the privilege to design the reverse side of Norway’s new banknotes with their pixellated, color-blocked snapshots. The Metric System and Snøhetta are graphic design studios based in Oslo selected from eight design studios to contribute new ideas for the currency by Norges Bank. The front design is handled by The Metric System, but, Snøhetta’s “Beauty of Boundaries” pixel concept is actually quite endearing for a bank-note. 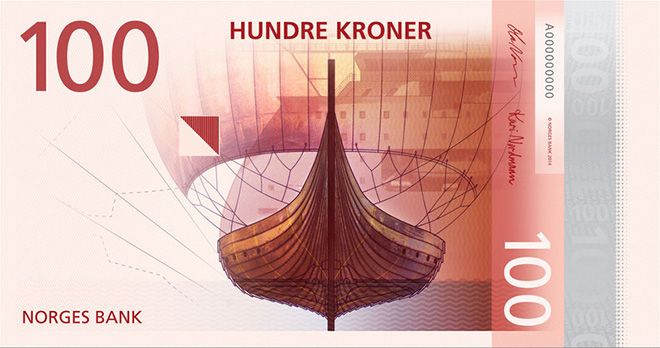 This concept was achieved by using images from Norway’s costal landscape and translating them into pixellated, color-blocked snapshots. You can see short, shapes on the 50 kroner note and longer stretched-out bricks of color on the 1,000 kroner note, be sure to  the PDF containing all the proposals submitted to Norges Bank, maybe some countries with boring currencies could learn a thing or tow. The Snøhetta and The Metric System submissions form the basis for the final design of Norway’s 2017 release of new banknotes. 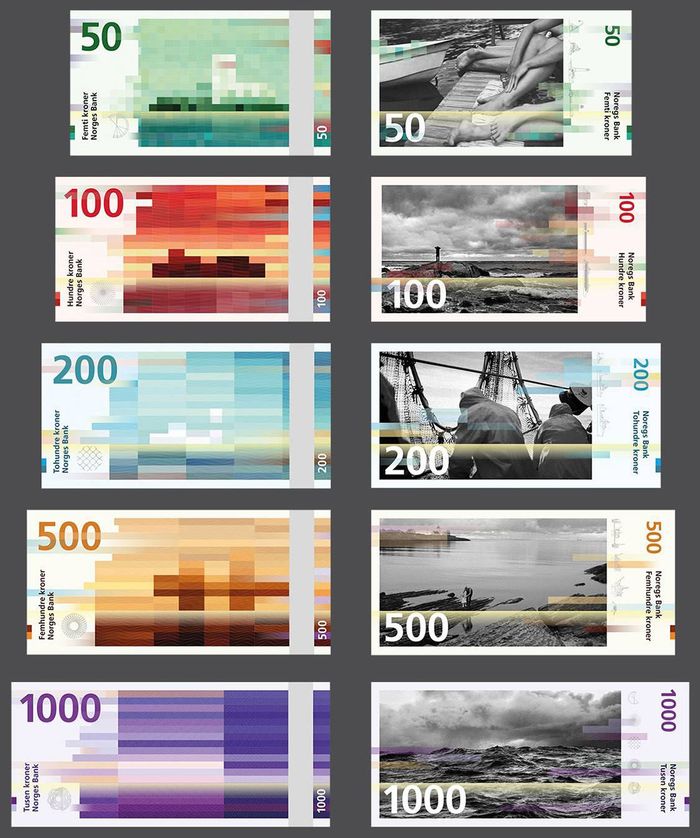 Via: It’s Nice That