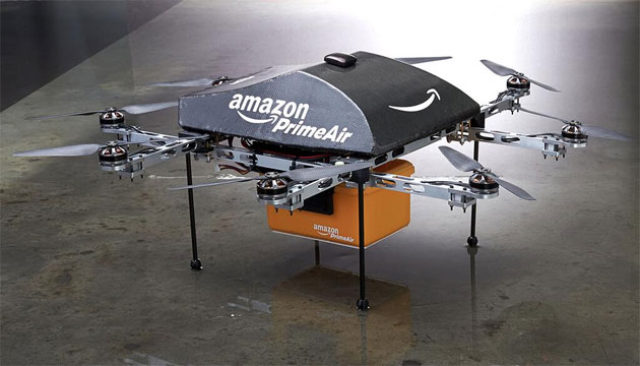 Amazon’s plans to deliver your orders more efficiently via unmanned flying drones, this may actually become a reality sooner than later. It has recently been reported that Amazon’s requesting permission from the FAA to implement drones for commercial use. What does this mean to the consumer?  Much faster delivery times, some packages expected to be delivered within just a few hours after purchase. Presto magico a few clicks on the internet and next thing you know a flying robot is dropping your order off right on your doorstep. This is no joke though, Amazon is serious and plans to make delivery drones as common as UPS or Fedex trucks. These drones can travel at 50mph carrying 5 lb packages (which covers 86 percent of Amazon’s deliveries) easily, and have been tested for agility, flight duration, redundancy plus other factors. According to Amazon we should hopefully be seeing these drones in action sometime in 2015. There has been no solid information on the extra shipping price Amazon Prime Air will run you, I could imagine it won’t be cheap. Only time will tell if these drones will translate successfully in the real word, according to Amazon they have been fully tested and are ready to deploy with the green light from the FAA.