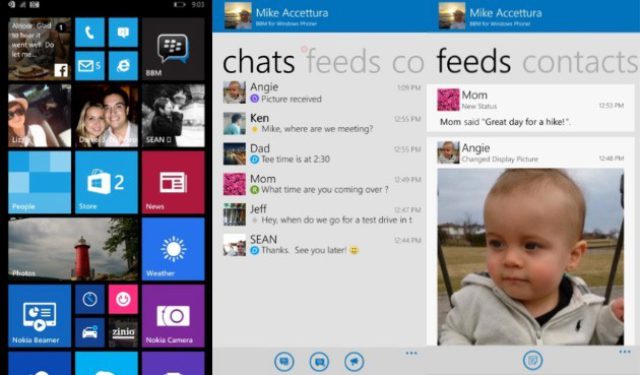 According to a post by Jeff Gadway, “When it comes to design, we’ve heard users asking for a native experience that matches the experience they’re accustomed to on their phone. I’m excited to announce with this release of BBM for Windows Phone we will be moving to a more familiar, native user experience that embraces the clean, modern design of the Windows Phone UI.”  You can sign up for access to the limited beta today, or wait for the scheduled for a release this month.