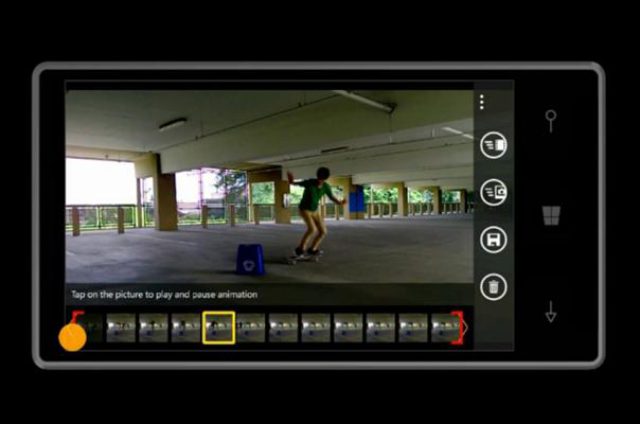 Microsoft just released an update for its BLINK app, bringing it to version 2.0 with additional cool features. For starters, the Blink app lets you capture burst of images (16 frames in total) “beginning just before you press the camera button and ending about a second afterward.” With the version 2.0, Blink users can now create short animated clips called Blinks. In addition to creating animated clips, the new version comes with other cool features like social integration options, camera settings in capture mode and more, see the full changelog after the break. So if you’ve  been itching to get Vine on your Windows Phone, Microsoft has got you covered–sort of, hit the source link below to grab the update.