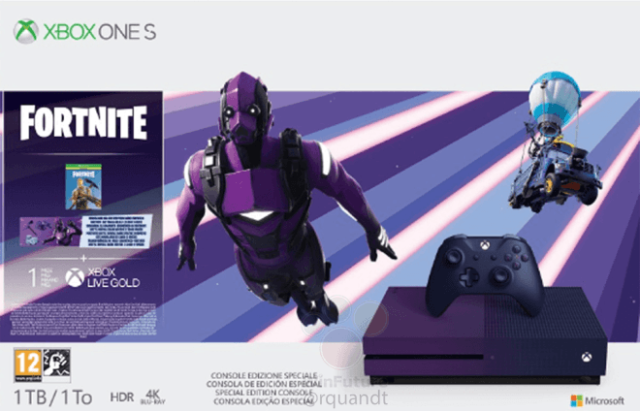 It looks like Microsoft is readying a special Fortnite-style version of the company’s Xbox One S console. As reported by WinFuture, the rumored “Gradient Purple” Fortnite Xbox One S will be released in the coming weeks. The bundle is rumored to include a “Dark Vertex” skin, and 2000 V-Bucks in-game currency. As if that’s not enough, the special edition bundle might also come with a month of Xbox Live Gold, EA Access, and Xbox Game Pass. 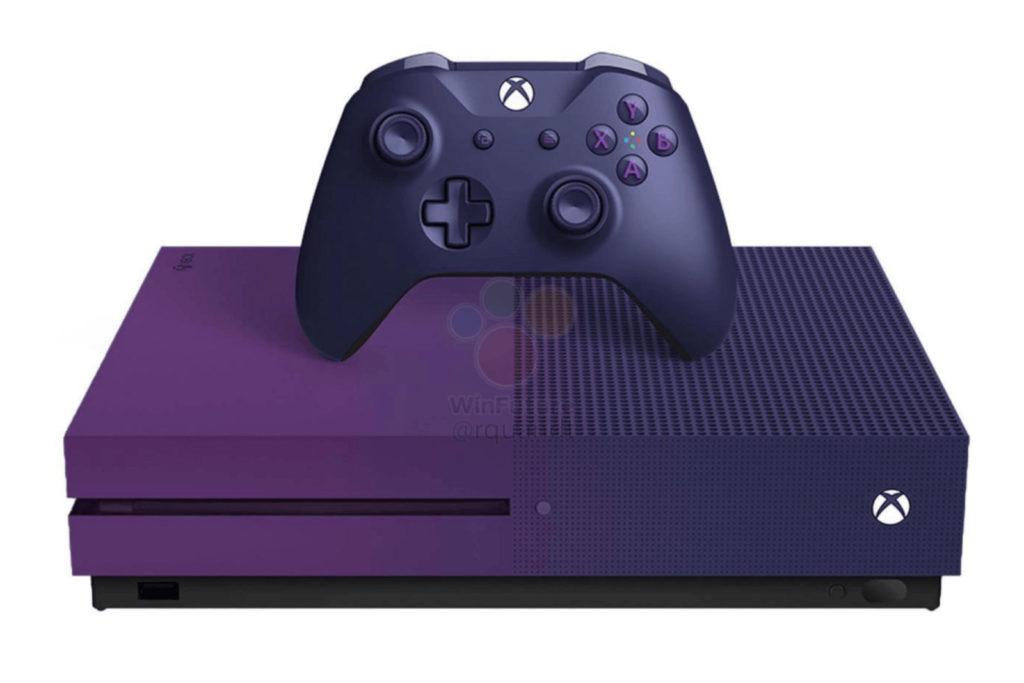 WinFuture also noted that it will be a standard disc-based version (Blu-ray optical drive) of the Xbox One S with 1TB of storage. If the rumors and leaks turn out to be accurate, the special edition bundle will set you back around $299. Microsoft’s annual E3 press conference is scheduled for Sunday, June 9th at 1 PM PT /4 PM ET. there’s a possibility the company will be discussing its next-generation Xbox ahead of a 2020 debut. It’s also been rumored that the company would be unveiling a new Gears 5 game and a Fable reboot.