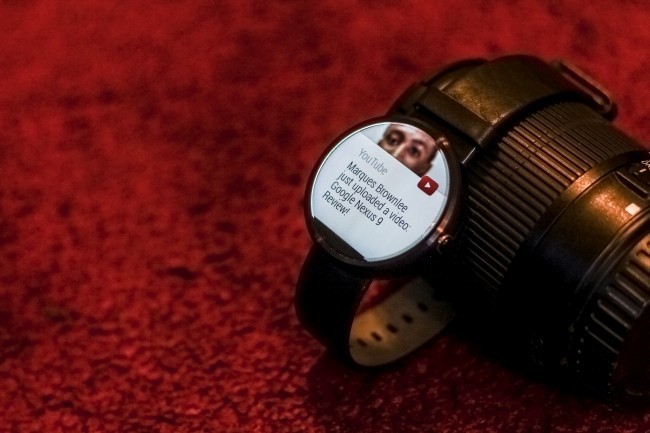 Android Wear is not compatible with iOS and I don’t think Google has plans to officially support Apple’s OS anytime soon. iOS users who have always dreamed of owning an Android Wear device can thank Mohammad Abu-Garbeyyeh. Mohammad Abu-Garbeyyeh is a developer, who has found a way to put iPhone/ iOS notifications on an Android Wear smartwatch. He achieved this by using the same ANCS technology as Pebble’s smartwatches, which means, you don’t need to jailbreak your shiny new iPhone to get this to work.

The hack uses Apple’s official APIs to send notifications over Bluetooth LE. The description for the 10 sec video explains it better “Android Wear connected to iOS directly, using ANCS (same as what the Pebble uses). No jailbreak on iOS or root on the watch necessary.” Judging from the developers track record, I’m guessing he’s running a special kind of Android Wear OS for his Moto 360.