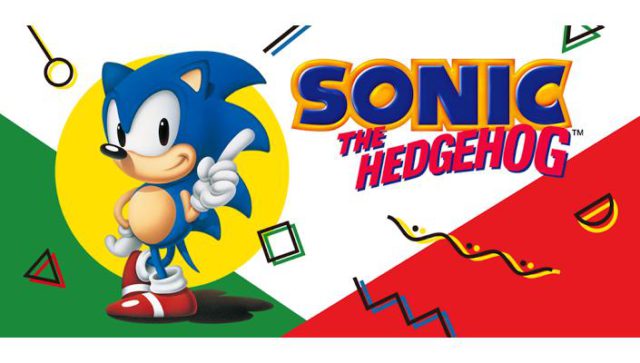 Sonic fans will be pleased to know that the original Sonic The Hedgehog, made it’s way to the Google Play store today. If you look around the Play store, you would find a sizable amount of Sonic games, but today marks the first appearance of the Sonic game which started it all. The game has been optimized for mobile devices, and gives you the same lightning speeds across the seven classic zones, it also comes with a couple of “EXCLUSIVE features” which would be listed below after the break.  Sonic The Hedgehod is available now for $2.99, be sure to check out the source link below to download the game, and bring back some old memories .

NEW PLAYABLE CHARACTERS
Play as Sonic’s friends Tails & Knuckles for the first time. Use their unique abilities to fly, climb, and glide around levels offering exciting new ways to explore.

OPTIMIZED FOR MOBILE
Sonic The Hedgehog now plays in widescreen at a smooth 60FPS offering unrivalled performance and the game’s legendary soundtrack has been fully re-mastered.

CONTROLLER SUPPORT
Sonic The Hedgehog on Android offers exclusive support for the Power A Moga, Nyko, XBOX, and all HID controllers.

Plus A Free Update For Existing iOS Players

SAN FRANCISCO & LONDON–(BUSINESS WIRE)–SEGA® of America, Inc. and SEGA® Europe Ltd. today announced debut of Sonic the Hedgehog™ for Android. The SEGA Genesis favorite will be available today on Google Play for $2.99/£1.99/€2.69/AUD$2.99. This release gives fans a whole new look at Sonic’s world, optimized with widescreen support and exclusive features for mobile phones. Additionally, the all-new update allows gamers to unlock Sonic’s pals Tails and Knuckles as playable characters on mobile for the very first time. Sonic The Hedgehog is currently available for iOS through the App Store and this all-new content will be offered as a free update for gamers already playing on their iPhone ®, iPad ® and iPod ® touch.

Following in the footsteps of the critically acclaimed Sonic CD in 2011, Sonic The Hedgehog has received an equally robust overhaul. Through widescreen support, fans will see the game better than ever on their mobile devices and will be able to zoom through Zones at a smooth 60 frames per second. In addition to playing as Tails and Knuckles, Sonic enthusiasts will also enjoy a remastered original soundtrack, new leaderboards and achievements, and an all-new Time Attack mode.

In Sonic the Hedgehog, Dr. Eggman has used his wicked ways to turn all of the animals of Mobius into mechanical monsters – and it’s up to Sonic to save the world! Players can sprint, run and spin their agile blue hero through electrifying loop-de-loops to gather rings, navigate challenging Special Stages, and collect the fabled Chaos Emeralds in order to stop Dr. Eggman’s schemes for world domination.

About SEGA® of America, Inc.

SEGA® of America, Inc. is the American arm of Tokyo, Japan-based SEGA® Corporation, a worldwide leader in interactive entertainment both inside and outside the home. The company develops, publishes and distributes interactive entertainment software products for a variety of hardware platforms including PC, wireless devices, and those manufactured by Nintendo, Microsoft and Sony Computer Entertainment. SEGA® of America’s Web site is located at www.sega.com.

SEGA® Europe Ltd. is the European Distribution arm of Tokyo, Japan-based SEGA® Corporation, and a worldwide leader in interactive entertainment both inside and outside the home. The company develops and distributes interactive entertainment software products for a variety of hardware platforms including Windows PC, wireless devices, and those manufactured by Nintendo, Microsoft and Sony Computer Entertainment Europe. SEGA Europe’s web site is located at www.sega.com.