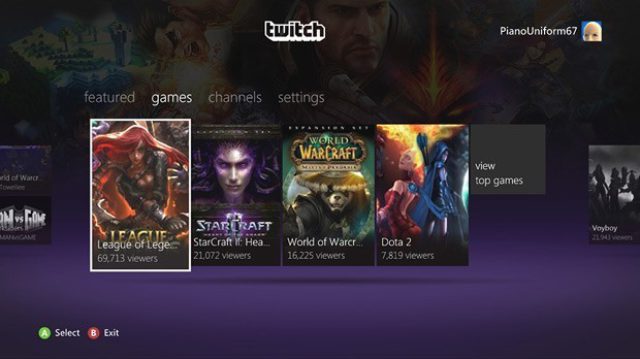 If you are into gaming spectatorship, then you would be pleased to know that Twitch, the world’s leading video platform and community for gamers, announced the release of an official Twitch app the Xbox 360 today. With Twitch’s already existing 34-million viewers a months, the app will let Xbox 360 owners watch any of the site’s top 300 live channels, and dedicated category for featured content.

In a recent statement from Twitch, the service has grown to more than 34 million unique viewers each month since its initial launch at E3 2011.

“Our app for Xbox 360 brings Twitch video to the television and into the living room of millions of Xbox Live members for the first time,” said Twitch CEO Emmett Shear. “The app will let every Xbox Live gamer find and watch streams of their favorite games from their couch. Given the huge number Xbox owners and how many of them love gaming spectatorship, it’s a natural fit to bring the Twitch experience to the 360.”

Twitch will stream an exclusive broadcast featuring Microsoft’s Larry Hryb immediately following the next Xbox unveiling on May 21. The stream will kick off at 3 p.m. ET and will be available to view on both Twitch’s website and through the Xbox 360 app.

The app is currently available for download in the Xbox Live Marketplace for U.S. Xbox Live Gold members, be sure to give it a try.