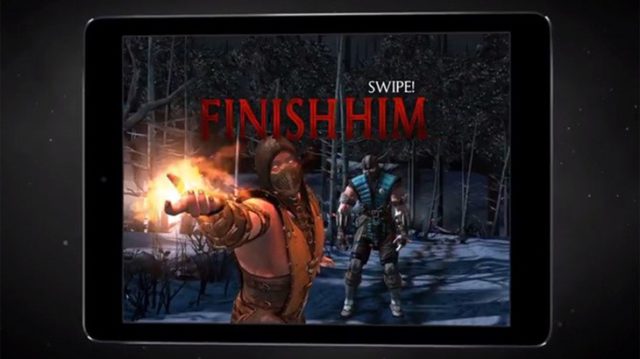 It’s been a while since we last played a Mortal Kombat video game, and now we have received a press release stating that Mortal Kombat is making a surprise “kome back” to the mobile gaming industry with Mortal Kombat X.

Mortal Kombat X will be released very soon to Android and iOS users on April 14th. The game comes with a two-way reward system that encourages you to keep playing when you switch platforms (either other mobile devices, tablets, gaming consoles or PCs). For example, if you complete a mission or goal to unlock content on your phone, that could lead to you getting some bonuses when you fire up Mortal Kombat X on your gaming console later.

“NetherRealm Studios has created a Mortal Kombat X mobile experience that allows more players than ever before to play this over-the-top fighting game through their ever-present smartphones, tablets or other devices,” said Ed Boon, Creative Director, NetherRealm Studios. “What’s more, we’ve expanded the unique cross-connectivity feature that links the mobile and console versions of Mortal Kombat X, delivering unique rewards to all players for simply playing the mobile game.”