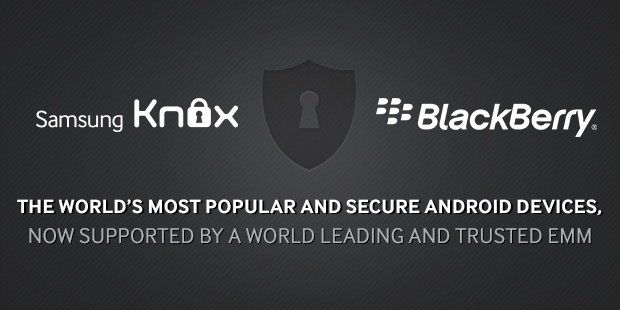 Reuters is reporting that Samsung has approached BlackBerry with a huge offer for $7.5 billion to sell. That amount is about 38% more than the their stock market worth. Samsung supposedly wants full access to BlackBerry’s patents and its mobile/data security with BlackBerry’s priceless security reputation for its Knox platform.

Blackberry stock skyrocketed Wednesday afternoon after a report that the device maker had been approached by Samsung about a potential takeover… At its high, Blackberry was up more than 21 percent… South Korea’s Samsung proposed an initial price range of $13.35 to $15.49 per share, which represents a premium of 38 percent to 60 percent over BlackBerry’s current trading price, the source said.

There were rumors of a secret meeting that happened last week, but neither side has confirmed any details. This move (if it happens) is a great move for Samsung mobile, considering how KNOX security has loopholes in its infrastructure and BlackBerry owns several patents that could help Samsung’s innovation.

But personally, I see this move as a bad deal for BlackBerry, considering that they have many loyal customers, corporations and government businesses that rely on BlackBerry’s secure, yet innovative BlackBerry10 devices and BES12 Enterprise. I would suggest that the two work together instead of a buyout, especially since they have done so in the past. And if for some reason BlackBerry does agree to the sell, I’d expect a counter-offer from John Chen, that is if he does agree.