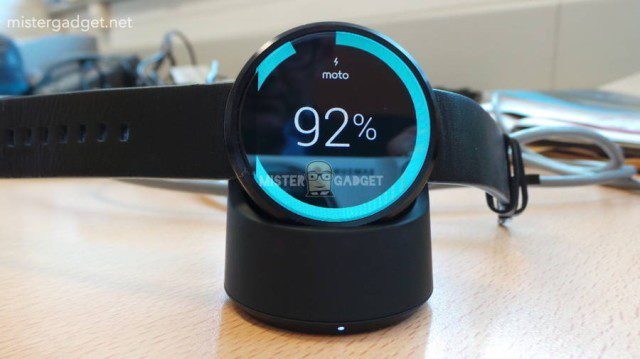 Smartwatch fans like me are patiently waiting for the Moto 360 to be available, but not much has been know about it’s charging system until today. Thanks to the Italian Blog Mister Gadget for giving us a first look of the Moto 360 charging system. The Moto 360 smartwatch will be charged with a wireless inductive dock charger keeping the display visible and level. 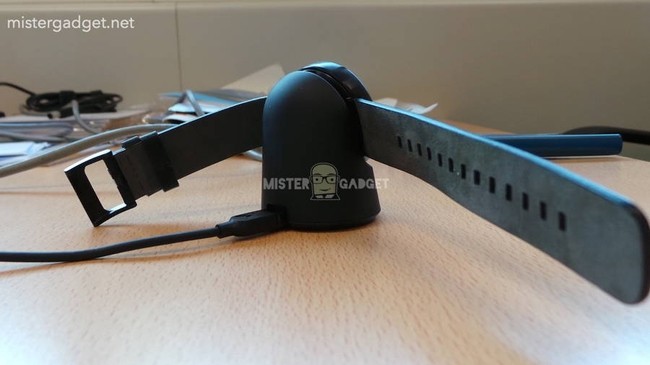 The wireless charging concept for the Moto 360 saves it from the LG Watch skin irritation bug and crappy smartwatch chargers. Rumors have it that it’ll support Qi charging too (Nexus 5 and other chargers to.) When docked, the smartwatch has a blue circle animation that slowly fills as the watch charges. According to the information on Mister Gadget‘s post, the Moto 360 battery lasts for over two days, and it’s dust and water resistant. The Moto 360 is still expected to release this summer, meaning anytime soon. 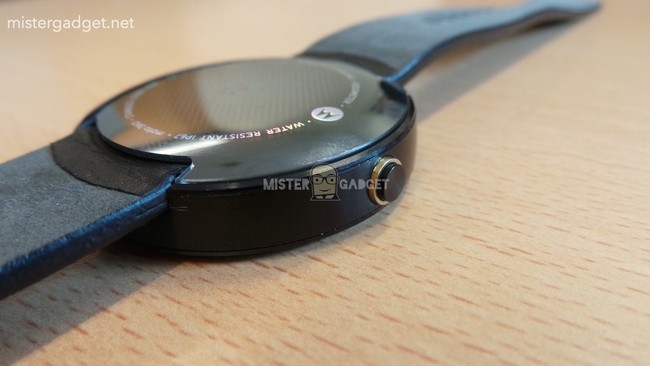