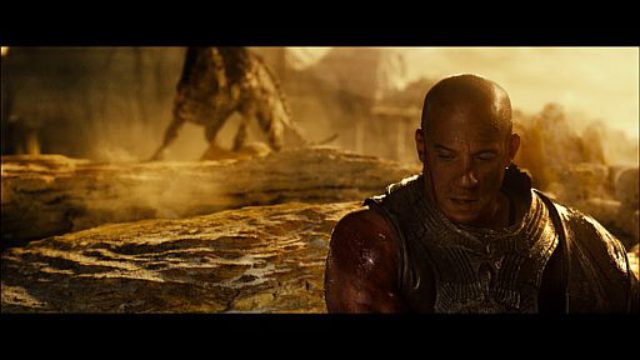 Universal Pictures just released a teaser trailer for Riddick. Vin Diesel himself, has been on a one man campaign for the upcoming movie. He graced his fans with pictures and the trailer for the new Reddick on his fan page. Come to think of it, it has actually been 9 years since “Chronicles of Riddick” was released. I have always been a fan of the hit Sci-Fi movie form the first release in 2000′ (Pitch Black). With a promising trailer like this one, I will definitely be seeing this too. The cast for the movies includes, Karl Urban (Star Trek Into Darkness), Katee Sackhoff (Battlestar Galactica), Jordi Molla (Colombiana), Bokeem Woodbine (Total Recall), Dave Bautista (The Man with the Iron Fists) and Nolan Gerard Funk (Glee). See the Trailer below.

“The infamous Riddick has been left for dead on a sun-scorched planet that appears to be lifeless. Soon, however, he finds himself fighting for survival against alien predators more lethal than any human he’s encountered. The only way off is for Riddick to activate an emergency beacon and alert mercenaries who rapidly descend to the planet in search of their bounty. The first ship to arrive carries a new breed of merc, more lethal and violent, while the second is captained by a man whose pursuit of Riddick is more personal. With time running out and a storm on the horizon that no one could survive, his hunters won’t leave the planet without Riddick’s head as their trophy.“