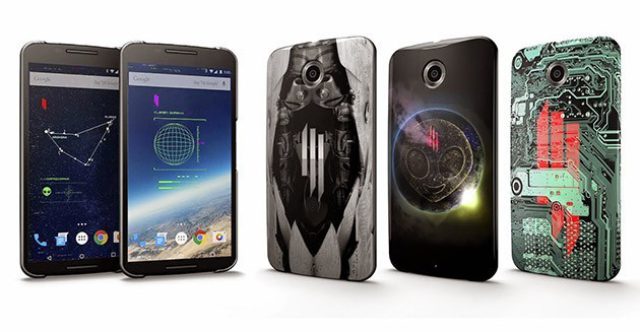 Google has its tentacles everywhere, they make self-driving cars, robots, our lovely Android OS, Phones and a ton of things I can’t mention all in this post. On that note, I’ll like to introduce you guys to Google’s first product “live cases” released under its new Editions project, a series of creative collaborations to develop limited-edition cases for Android phones. Their first collaboration is with Grammy-winning producer, Skrillex, who created three unique designs inspired by his lifelong fascination with space.

The new Skrillex Live Case will connect to your phone to bring you VIP access to Skrillex content and a companion live wallpaper for your screen. The live wallpaper images come from Earth images captured from Google and Skrillex’s custom-designed high-altitude balloon satellite named after Skrillex’s dog, Nanou. The companion live wallpaper updates over the course of the day showing stunning images of Earth shot from the stratosphere.
The Skrillex Live Case also comes with a shortcut button that leads to the DJ’s YouTube feed out of the box, if you are not a fan of the DJ, you can reprogram it to launch the camera or any other specific app. The Skrillex Edition Live Case is now up for sale on Google Store for the Nexus 5, Nexus 6, Samsung Galaxy S5, Samsung Galaxy S6 and Samsung Galaxy Note 4. It’s also worth to know that, once Nanou’s photographic mission is complete, a lucky fan will win the autographed satellite in an upcoming giveaway.