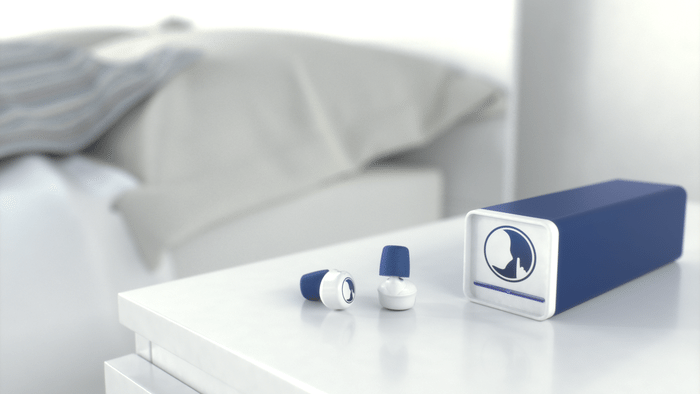 Have you ever been in a situation where you were trying to get some serious rest? What about taking a trip via plane, train or bus and you really wanted to take a nap but couldn’t because everyone around you was talking or making some type of noise? Or even at home in bed with your significant other and they literally snore like a bear? Well Hush has found a new-age solution to your problem. We’ve all heard of the recent “smart” tech that has trended in the world these days. From smartphones, to smartwatches, even smart TV’s,smart homes and smart cars. Now I introduce you to the first ever smart earplugs.

Now I know the skepticism is there but these aren’t your parents earplugs. These Hush earplugs are noise-cancelling plugs. They sit directly in your ear canals, where they were made using sound eliminating foam to drown out everyday disturbances. These Hush earplugs will work with your smartphone via the Hush app (available on iOS and Android). In the app you can select from several sounds that you would like to hear and set an alarm that only you can hear (within the earplug only)

Hush is now a Kickstarter crowdfunding campaign, it did not take too long for Hush to raise enough funds to get it started and be realized in the corporeal world.