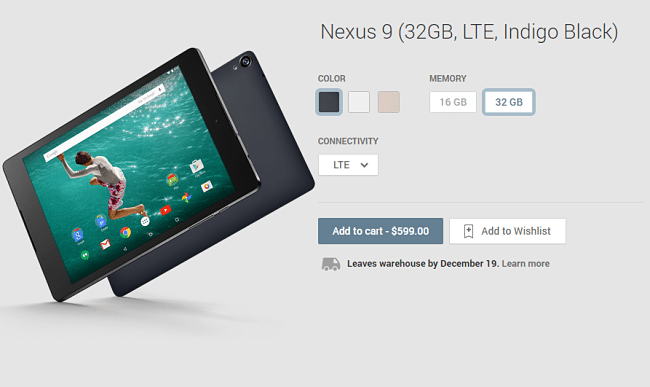 If your reasons for not buying the HTC Nexus 9 tablet is the absence of a LTE capable model, don’t worry, T-Mobile has got you covered. T-Mobile announced that the LTE-enabled version of the tablet will be sold on T-Mobile’s enthusiast-only Underground store for $599.76, or $0 down and $25 a month for the next two years. If the T-Mobile LTE enabled Nexus 9 tablet runs out of stock, it’s worth to know that you can get the same version now from the Google Play Store. Google Play began selling the Nexus 9 with LTE same day T-Mobile announced their’s, with only a few cents extra at $599.99 compared to T-Mobile’s offering. The LTE Nexus 9 includes 32GB of storage.