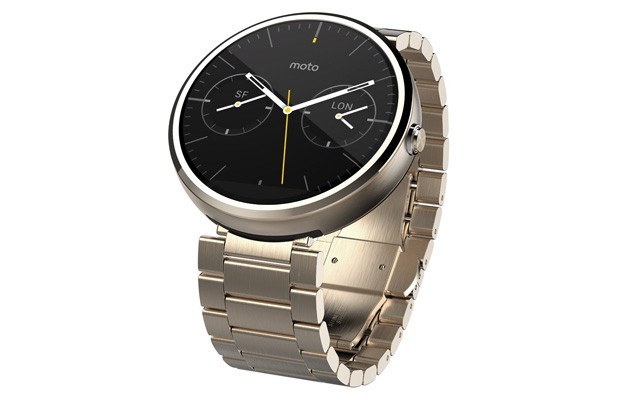 The Moto 360 won over the hearts of smartwatch lovers with its circular display when it debuted with a black and silver watchstrap options this year. Even though Motorola made mention of plans to offer metal watchstraps sometime in fall, there was no concrete date given. Today, we got a hint of what the metal watchstrap will look like, and a champagne gold Moto 360, thanks to the brief appearance on Amazon. There were two variants of the Moto 360 featured on the site, one with 18mm watchstrap (maybe for ladies or people with smaller wrists) and the other with a 23mm strap, they both retail for $299 with shipping dates of about 1 to 2 months. The black and and sliver bands were also featured on Amazon with an $80 price tag attached to it before they were all pulled down from the site.