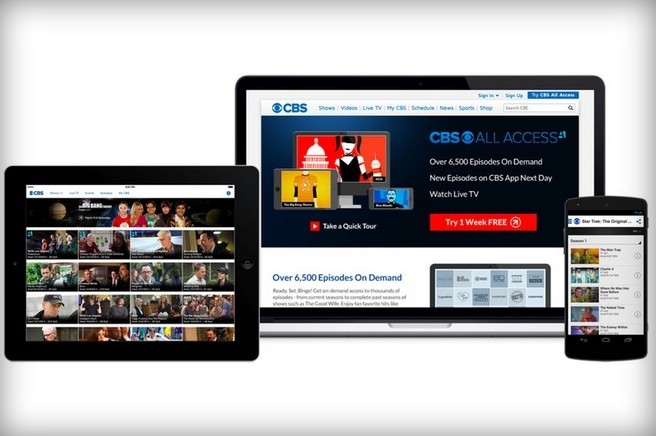 CBS just became the first major network to launch internet TV service for $6 a month, the service streams new episodes of their shows a day after its initial broadcast. The CBS All Access news comes little less that a day after HBO planned to introduce the features. Subscribers will not only get access to next-day streaming access to 15 of CBS’s prime-time shows, you’ll also be able to watch live streams from the  Big Brother house next year. Talking about live streams, NFL games are not available in the CBS All Access service, as CBS does not own the rights to air those games. NFL fans in states like New York and Los Angeles, where CBS has local streaming rights, will be able to stream those games live.

Watch your local CBS broadcast as it happens-all from your mobile device or computer. Just sign in and enjoy live news, sports, special events and all the shows you love.CBS

14 cities (New York, Los Angeles, Chicago, Philadelphia, Dallas, San Francisco, Boston, Detroit, Minneapolis, Miami, Denver, Sacramento, Pittsburgh, and Baltimore) will be able to stream live TV from the CBS All Access service, more cities will be added in the nearest feature. CBS want you to give their new CBS All Access service a try by offering you a week’s free trial, see the source link below for more info.