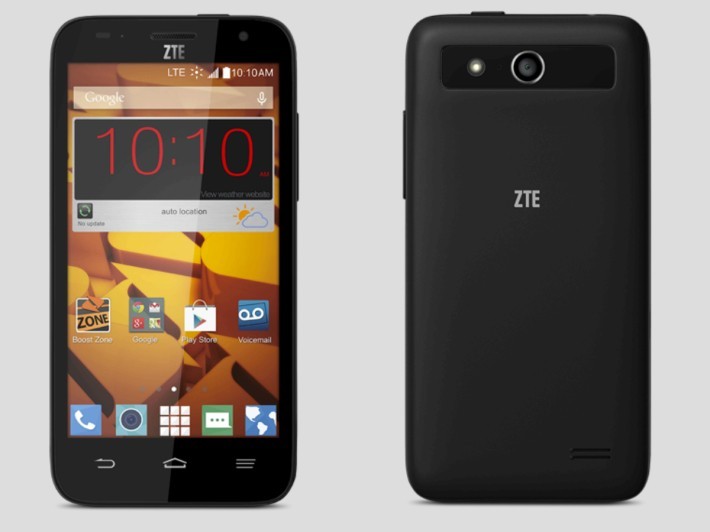 ZTE has just announced its ZTE Speed handset, an entry-level LTE smartphone for the US that is available for $99 off-contract from Boost Mobile.

The ZTE Speed has a 4.5-inch LCD display. Under the hood is a Qualcomm Snapdragon 410 MSM8916 SoC with 1.2GHz quad-core CPU and 1GB of RAM. The device has a 8GB space of internal storage and supports up to 32GB microSD card slot for expansion.

On the rear is a 5MP camera with HRD & LED flash, a front facing 2MP camera for selfies, standard connectivity suite including Bluetooth 4.0, 3G, 4G LTE and Enhanced LTE. Phone calls have crystal-clear sounds with less background noise with other HD Voice-enabled phones on the Sprint network. The device is also Mobile Hotspot capable.

The ZTE Speed runs on stock Android 4.4 Kitkat OS and a 2000mAh battery, which gives you around 14 hours of talk time. This isn’t by far the best Android phone you can find, even at its price at $99, but if you’re on Boost and the options are slim then this has to be one to consider.