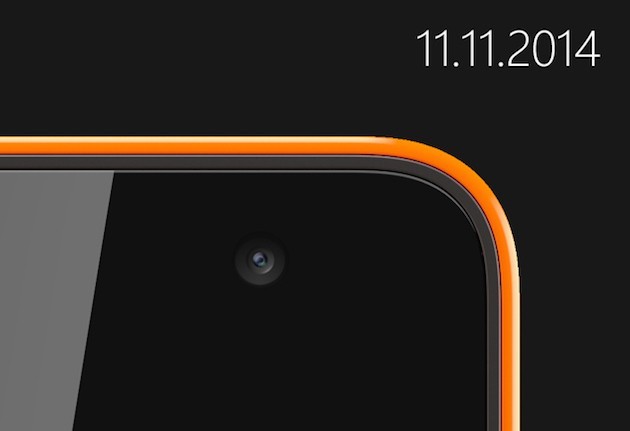 Microsoft’s finally has their name on mobile Hardware. Formerly belonging to Nokia, the low-budget Lumia phone will be revealed on November 11. The company dropped the news in a sparse post on a Nokia blog with a peek at a corner of the new phone.

The new Microsoft branding was revealed last month followed by a look at how the Microsoft logo will be splashed on the new devices. Details and features of the first Microsoft-branded Lumia are still questionable but it has been confirmed to have a 5-inch qHD display, 1.2GHz processor, 1GB of RAM and 8GB of storage.

It seems like the Microsoft will stick with the design we’ve all become familiar with, just adding the Microsoft logo on the front underneath the earpiece and in a stripe on the back.