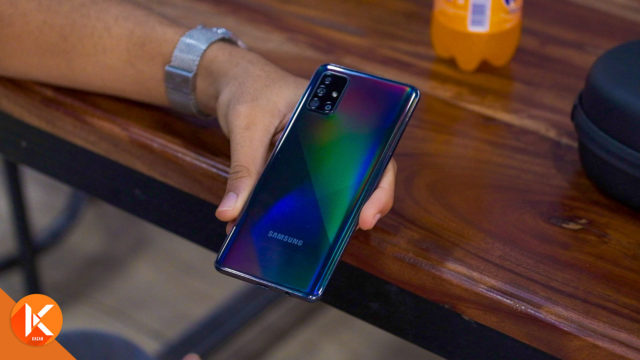 The Samsung Galaxy A71, it’s a fantastic phone, in fact, I can go as far as saying this is probably the best international budget Samsung phone that I have used in recent times. I used this phone for about a week and I was really impressed by it. It’s better than the A51 by a mile at least and it’s just an all-around fantastic phone. The cameras perform great, the design is decent, plastic but decent and it actually is a performance beast.

When it comes to the Samsung Galaxy A71 design, the aesthetics of the phone is not much different than the A51. It’s made with plastic for the back, gorilla glass in front and it actually looks nice because it has this glowy aurora color thing where the color shifts when you move the phone in or around a light source. Even though the phone is made of plastic it’s actually pretty durable, doesn’t flex when you press on it and has withstood a drop or two because it’s plastic and not glass. You’ll be able to pick up the Galaxy A71 in a range of colors, including black, silver, blue and pink.

For button placements and ports, the right side of the phone houses an easy-to-reach power and volume keys, while on the bottom there’s a headphone jack alongside the 25W fast-charging USB-C port.

For the display, the Galaxy A71 has a 6.7-inch screen that’s 1080p by 2400 pixels. The and the screen is beautiful, has minimal bezels around the side and it dominates the front of the handset. The Galaxy A71 measures 163.6 x 76 x 7.7mm and weighs 179g, which makes it relatively manageable to use. The screen size fits in the hand and a one-hand use scenario is attainable. The Galaxy A71 uses a Super AMOLED Plus panel (vs Super AMOLED on the A51) which is thinner and lighter. Still, on the screen technology, there’s a fingerprint scanner embedded into the display as well, plus the option to use face recognition to unlock the phone instead.

Samsung used its Infinity-O screen technology seen on previous devices that allows them to implement the punch-hole camera design style at the top of the display. In this case, the A71’s camera sits in the notification bar, keeping less intrusive for general usage. It’s not all praise I have for the screen on this device, I had this phone for just 8 days, and I started noticing screen burn issues on the bottom left corner of the phone when the always-on display come on after locking the phone. The screen issue isn’t noticeable when the screen is on. This might be a rough shipping issue or just a defective device, I’ll just have to get my hands on another device to confirm.

The Samsung Galaxy A71 is powered by a 4,500mAh battery, which is bigger than the battery in the Galaxy S10 Plus (4,100mAh) and Galaxy Note 10 Plus (4,300mAh). For numbers that may not sound like a lot, it lasts so long that I had to wonder if it was really a 4,500mAh battery. My daily use scenario includes a full charge in the morning, heavy use throughout the day that involves constant texting, tweeting, scrolling through Instagram posting stuff still leaves me with enough juice for close to two full days.

Moving away from the design let’s talk about the performance of the device, this device has the snapdragon 730 chipsets with the Adreno 618 GPU. Now, that may not sound like a lot but it also has 6 gigabytes of RAM, at least the version that I tested had 6 gigabytes of ram and 128 gigabytes of storage. If you do run out of space, the Galaxy A71 also has a MicroSD slot that supports cards up to 512GB in size. The device comes running Android 10 out of the box and runs Samsung’s One UI as expected. Performance-wise the Galaxy A71 is a performance beast. There was no task, games, thrown at this device that it didn’t handle like a champ.

The camera on the A71 is probably my best favorite thing about this phone. It packs a quad-core camera setup on the back which does a fantastic job. It’s got a 64-megapixel main shooter F1.8 and the pictures straight out of this thing are fantastic. They look sharp and absolutely insane. It also comes with a 12-megapixel ultra-wide sensor that takes insane ultra-wide photos, when you compare the regular photos to the ultra-wide photos you would be surprised at how much of the environment this thing captures.

There’s a 5-megapixel macro sensor, makes you want to take macro photographs. You also get a 5-megapixel depth sensor for shots like portrait mode, close-up shots and background blur effects (which Samsung calls Live Focus) respectively. Selfies should look good too as there’s a 32-megapixel sensor nestled inside that cutout on the front capped at 1080p. Video can be shot at 4K 30 and 1080p up to 240fps and slow-motion video up to 240p.

As at the time time of this review, the Samsung Galaxy A71 is selling for around$398.72 on Amazon, that’s a good price. I would probably say this may be one of the first Samsung phones that didn’t feel like it was costing way more than it should. It feels like the phone is actually worth the money, and Samsung didn’t try to swindle the customers by shortchanging them with features like the cameras, performance, and battery life. It’s an absolutely fantastic buy, in fact, they put a 25-watt charge brick… fast charge brick in the box. They also give you a TPU case

As an end-user, it’s impossible for me to not appreciate what Samsung has done with this phone. The design is great, the cameras are absolutely phenomenal, performance is insane, durability is “meh” but it works. I mean it’s decent, the battery life is just absolutely out of this world bonkers. You can’t find another phone that’s this big with a screen this nice and performs as well as this phone at that price. I don’t know how they did it, but they absolutely did it. 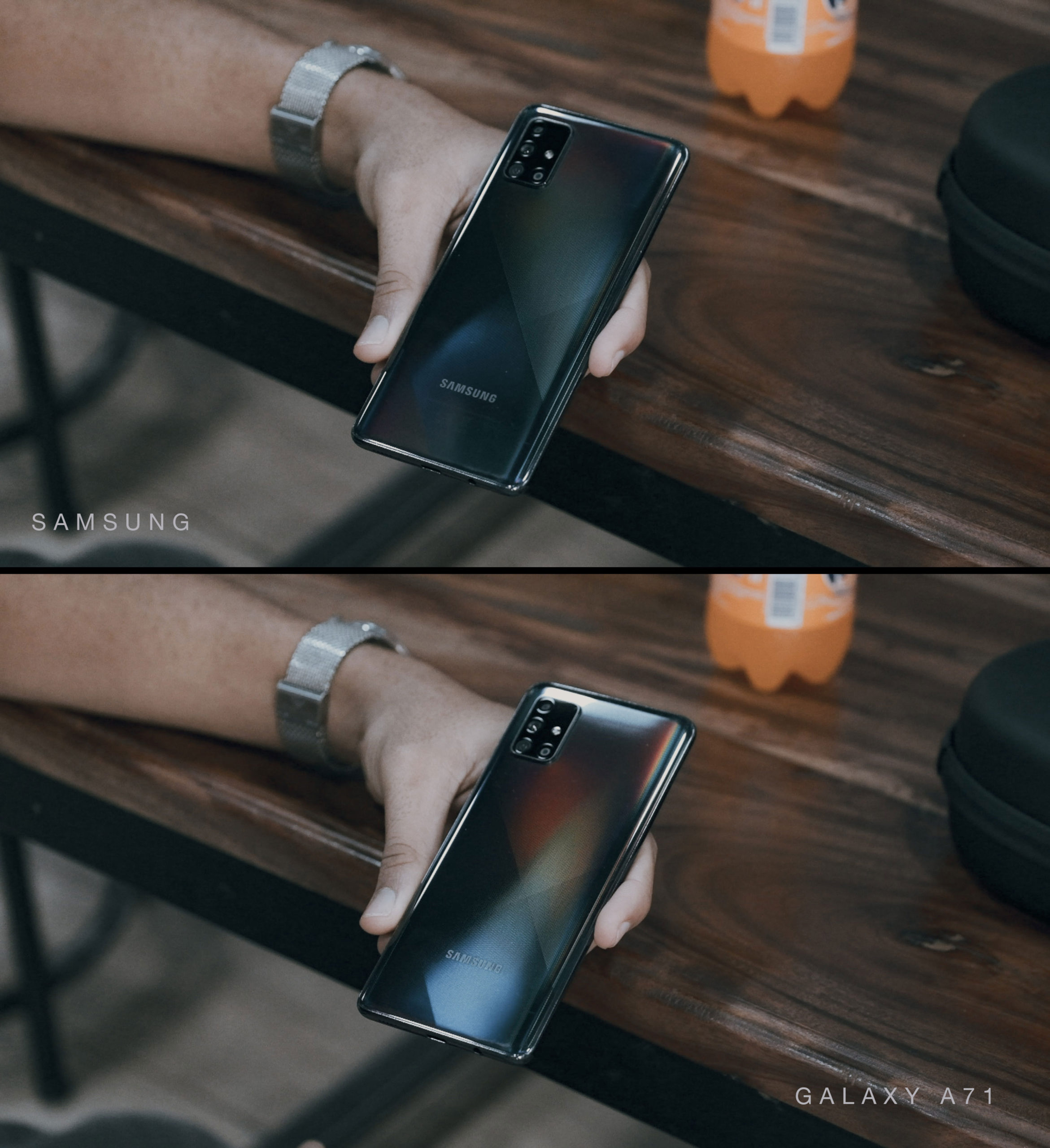