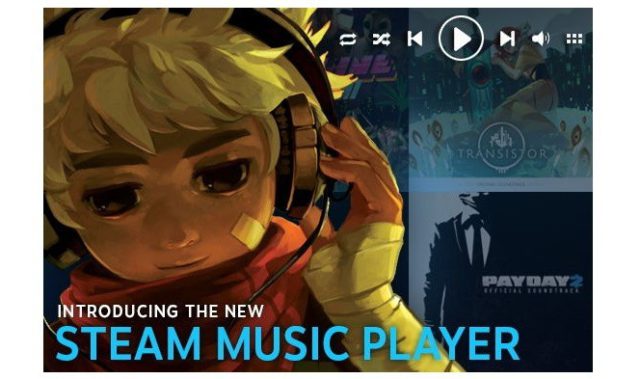 Steam’s new Discovery Update that makes it easier to find games you actually want isn’t the only tweaking Valve is bringing to its client. Valve today released their Steam Music Player for all users of its desktop client, now you Steam gamers can your play music while you’re gaming, allowing you to add your motivational tunes to Steam playlist. The Steam Music Player allows gamers with the latest client to control and play music in the client’s game overlay without having to exit the application or using dedicated media keys on your keyboard.

This feature was announced sometime this year, it even made its way to some beta testers this summer. The Steam Music Player feature will be compatible with the MP3 format files on your hard drive, or allow you to manually specify the folders you want. In celebration of the new feature, Steam is offering you soundtracks for some of their video game titles, such as Half-Life, Half-Life Two, Portal, and Portal 2, 75% off. Be sure to check out the Music section under Library to show game soundtracks for your installed games when available.