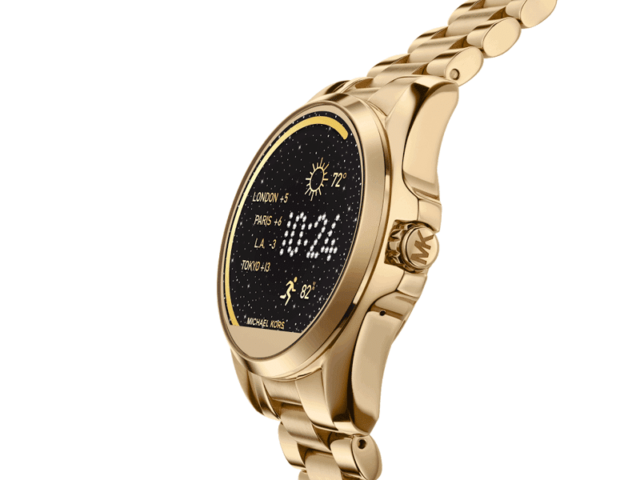 The Samsung Gear S3 was just released but if the Classic or Frontier isn’t as stylish as your tastes prefer then you might be more interested in the fashionable, yet similarly priced Michael Kors Access Bradshaw smartwatch from the Google Store.

The Michael Kors Access Bradshaw merges the conventional timepiece design while using a common digital watch face that resembles the smartwatches of today. Even though the watch can be worn by either sex if they prefer it, but Michael Kors is marketing it more towards women because of its delicate and slender build.

The smartwatch maintains the standard specs that most common Android Wear smartwatches have, it features a gold-tone stainless steel build, an AMOLED display, 4GB of onboard storage space, wireless charging and a Snapdragon Wear processor. As mentioned earlier, the Michael Kors Access Bradshaw smartwatch holds the same price point that the Samsung Gear S3 has which is $350.