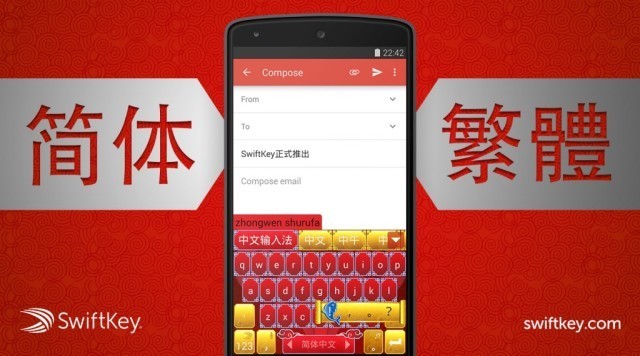 Incase you missed the news last week, makers of SwiftKey officially announced that beta testing phase for their Chinese-speaking users is officially over. This means that SwiftKey Keyboard for Android now supports Chinese language. The new update for the Android SwiftKey app now supports seven new input methods that helps you to write full sentences in a faster, easier way. The new app comes with smart sentence typing, better typo correction, faster, easier typing with learning and prediction, and a New Theme for Chinese New Year. The update brings the app to version 5.2, and also introduces two other new languages: Khmer and Lao. For more information, see the source link below.