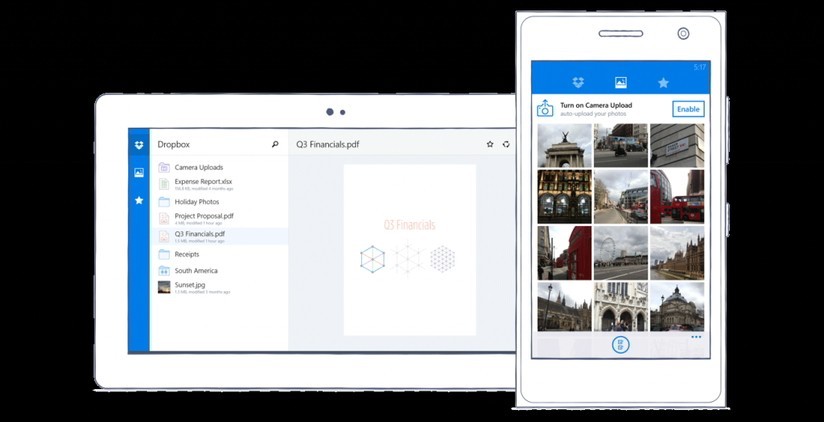 Dropbox has been making moves since its recent partnership with Microsoft. Dropbox has announced the availability of its cloud-based storage app is now available for Windows Phones and Tablets.

The app automatically backups the users photos to Dropbox, giving them full access to both personal and work accounts all at once. You can also mark files as favorites so they can be available even when there is no internet connection. For easy access to files, the app has been tailored for the Windows platform so user can pin any Dropbox folder to the start screen.

Dropbox for Windows Phones and Tablets is available for download on Windows Phone running (WP8 and above) as well as other Windows devices running Windows RT and Windows 8.1. 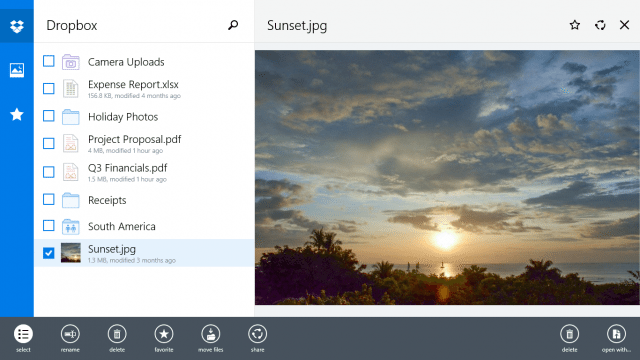 The partnership between Dropbox and Microsoft was announced towards the end of last year. Both companies agreed to integrate Microsoft Office into Dropbox which would allow users work on files, access and edit files on the go on the Cloud storage and it is accessible directly from the Office apps directly. Currently, this feature is available on iOS and Android.