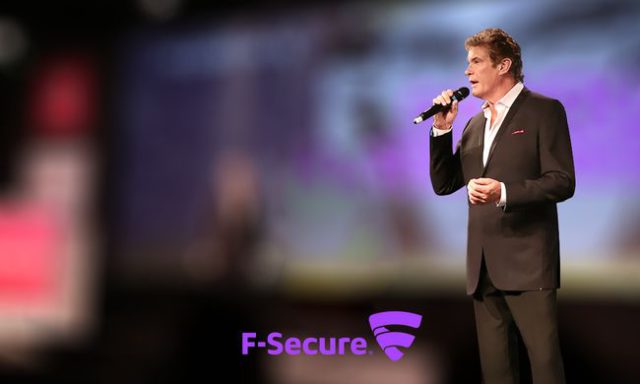 F-Secure is an online security and privacy company from Finland, spearheading the #digitalfreedom movement. F-Secure is a company that offers millions of people around the globe the power to surf invisibly and store and share stuff, safe from online threats. As we all know, Digital freedoms are declining around the world, a fact spotlighted by the Snowden revelations, and high-profile company hacks that left individuals personal identity in the wrong hands. The F-Secure  #digitalfreedom goal is to attract anyone who feels strongly about privacy issues, and to raise awareness of digital freedom and its fragile state in today’s society. With the help of F-Secure’s ambassador David Hasselhoff of the #DigitalFreedom movement, individuals will be allowed to  join in the writing of the #fsecure #digitalfreedom manifesto that will address four faces of digital freedom:

1. Freedom from mass surveillance
The two great innovations of our time, the mobile phone and the Internet, have been turned into surveillance tools to be used against us. And the problem with programs like PRISM is that they aren’t just about doing surveillance on people suspected of crimes. They’re also about spying on people governments know are innocent.

2. Freedom from digital persecution
You may think you have nothing to hide now, but how do you know how things will change over time? It’s now cheaper to retain data forever than to destroy it. So what happens when some aspect of your online activity today is used against you in the future? No law-abiding citizen should live with that fear.

3. Freedom from digital colonization
Technologies are fundamentally changing our world at a staggering speed. But just because something is technically possible doesn’t mean that we should have to blindly accept it into our lives.

4. Freedom of digital access, movement and speech
What we say and write in private should be of no interest to any governmental organization and we should fight for the freedom of access to platforms, movement and freedom of speech.

The #digitalfreedom manifesto, will be licensed under creative commons, and a chance for everyone interested in digital freedom and privacy to be heard. The manifesto will be open for your contributions at the F-Secure’s campaign page from May 6th until June 30th. Don’t forget to check out the video campaign below for more information. Join the movement now, and let your voice be heard.manifesto.This is your chance to make a difference. It’s time to reclaim what should have been yours to begin with, but has been lost as the online world has evolved. Contribute your opinions, your ideas, even if it’s just a few sentences. We want to hear what you have to say. And we’ll let the world know. The #fsecure #digitalfreedom manifesto will be a crowdsourced document licensed under creative commons and will focus on the main themes listed below.

Also you can grab the F-Secure Freedome VPN app from either the Android or iOS app store and test it 6 months for free now with code “david”. I curently use this app now as it lets me watch the main Al Jazeera live stream that is blocked in the U.S.

NOT JUST ANOTHER VPN – TRY FOR 7 DAYS FREEFreedome is a VPN app with most powerful features of F-Secure’s award-winning security collected under one simple button. Protect yourself from hackers and harmful apps, stop trackers, and set your location virtually with F-Secure Freedome.

– Turn on VPN to stop people from spying on you when you’re connected – it gives you an encrypted, completely private connection.
– Set your virtual location to a different country than where you are. Currently, you can connect to VPN servers in the US, UK, Germany, Finland and Sweden.
– Use tracking protection to stop advertisers from gathering data on you.
– Block harmful sites and applications.
– Unlimited bandwidth. No ads. No logs.
– Brought to you by a European company with over 25 years of experience in Internet security and millions of safe, satisfied customers around the globe.

This post has been sponsored by F-Secure, but concerns our own opinion