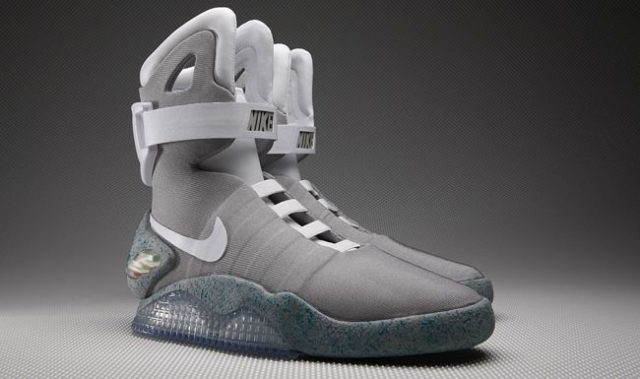 The fictional Nike Air Mag that Marty McFly had on in Back to the Future Part II made its way to the feet of sneaker collectors in 2011. The shoe’s design was spot-on, compared to the original one in the movie. It has a glowing LED panel, an electroluminescent Nike logo, and a battery that kept them lighted, but it still lacked its key feature, the “Power Laces.” Nike Air Mag fans don’t have to worry anymore as Nike designer Tinker Hatfield confirmed that the Power Laces will finally arrive in 2015. At a recent appearance at the Jordan Brand’s Flight Lab, Hatfield said, “Are we gonna see Power Laces in 2015? To that, I say yes!” Now that’s something to look forward in the wearable tech department, as for the Nike Air Mag 2011 release, if you have $8,000 to spend you can find them on Ebay. See what the Power Lace will look like below.