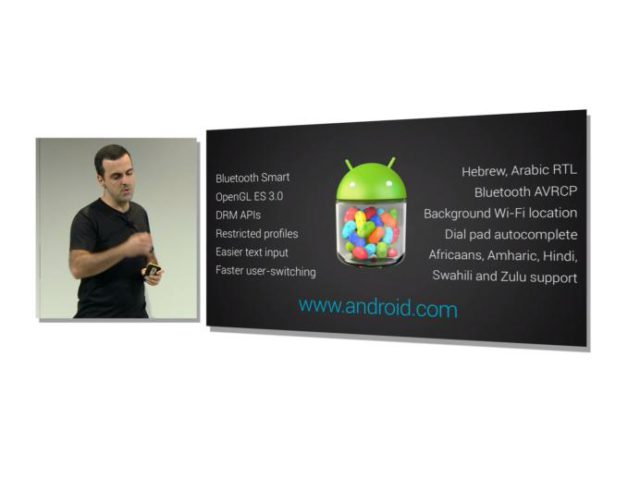 Google finally announced Android 4.3 Jelly Bean today, the features are the same from the leaks in the past few weeks. The new version will ship alongside the new Nexus 7 device, and will be available as an over-the-air update to Nexus 4, Nexus 10, Galaxy Nexus and first-gen Nexus 7 today. Android 4.3 Jelly Bean comes with a couple of improvements, new camera interface, better battery life and performance. Another cool feature that comes with this update is the ability to stream  Netflix 1080p, the list of new features can be seen below after the break.

Android 4.3 features that Google mentioned at the event: