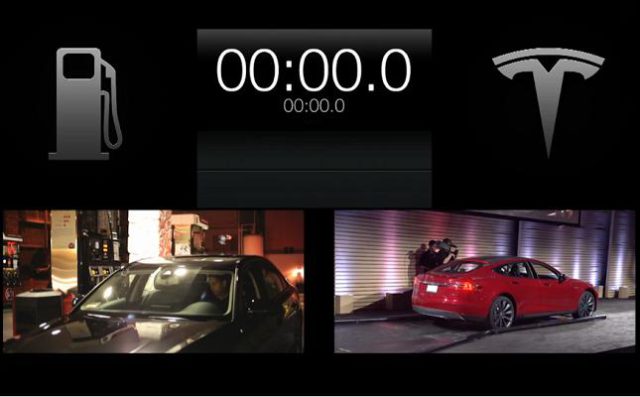 Tesla founder Elon Musk showed off its new battery pack swapping technology for the Model S electric sedan, at a recent event held by the company. He mentioned the battery swap technology as a faster alternative to charging for their Electric Vehicles. The demonstration was held at its design studio in Hawthorne, California, as Elon Musk explained the process will take around 90 seconds, and the driver does not have to leave the car.

The Tesla battery swapping technique was put against the regular mode for filling up a gas tank, and it won two over. Drivers have the option to keep or return the fresh battery pack, as Tesla will bill the drivers later for the difference in value. The difference will cost between $60 – $80 each time, equivalent to 15 gallons of gas. The $500,000 stations are expected to come to every supercharger station, with the first service stations are coming to busy corridors, with some planned for I5 in California. See the video after the break for more info.