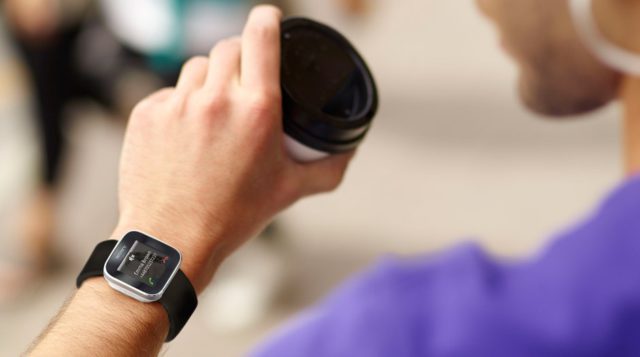 Much of the recent hype in the consumer electronics industry has been focused on new form factors for technology. Smaller and more efficient electronic components are allowing us to integrate and combine computers with everyday tools that we have been using for decades. Items such as thermostats, door locks, glasses, phones, cars, watches, shoes, gloves and backpacks are all adding connected “smart” members to their ranks or are being largely improved by adding technological features. A few of these items are quickly becoming mainstream, texting gloves are being sold at major outlets, Nike has been integrating sensors into most of its athletic shoes and large car manufacturers are adding options for in-car WiFi and tablet integration to many car models, but some categories are still in the need of innovation until the products within are accepted by mainstream consumers. One device in particular seems to be trying to catch a lot of attention, and that it the smart watch.

What exactly is a smart watch? A smart watch is just like a normal watch, it sits on your wrist and serves as a tool to tell time, but the difference between “smart” watches and normal watches is what they are capable of beyond that. In theory, a smart watch is a connected device that can be easily and acceptably worn on your wrist for extended periods of time (read: all day) with the purpose of providing functionality such as notifications, time and date, music playback, voice dictation and control, image viewing, run tracking, directions, alarms, contacts, texting, calling and maybe even a micro-version of angry birds! Essentially, the smart watch extends upon all of the functions of your smartphone and moves them into a more wrist friendly form factor.

The market seems to have an interest for a smart watch, the success of devices like the Pebble and the Nike fuel band give me the impression that a smart watch that provides full and ideal functionality would be immensely popular! Some tech watchers were disappointed when Apple did not unveil the oft-rumored Apple iWatch at WWDC this year, despite Tim Cooks statement that Apple will be revealing “new and innovative” products this fall. Some manufacturers have already attempted to crack the smart watch enigma, Sony has been selling its android compatible Sony SmartWatch for quite some time without much success (you can find it’s official landing page here) and others have attempted as well, all without creating a device that breaks into the mindshare and wallet of the everyday man.

To win the smart watch game, a manufacturer simply must create a no compromise device. It needs to be easy to use, feature packed, relatively powerful and well made if it intends on capturing the hearts of the general user and the tech lover alike. It’s got to be slim and comfortable to wear all day (with the battery to last all day!) and it should be iOS and Android compatible at the very least.

Many tech enthusiast, myself included, would enjoy a smart watch because it is unique and almost futuristic to a degree, but that is much more than can be said of the average American. The average user doesn’t have much need for a smart watch, to many it is just a redundant piece of technology that doesn’t offer anything more to them than the smartphone they already own. I don’t believe that a peripheral device can achieve high market success unless it provides something absolutely essential to the user, and no variation of the smart watch has so far. It’s safe to assume that I’ll buy one, and I can assume that you might buy one, but unless one of these devices comes along and absolutely stuns the world with its revolutionary features, don’t expect everyone to have one. I personally compare it to Google Glass, it’s really revolutionary, it looks cool and it’s absolutely pushing the boundaries of human and computer interaction, but not everyone will be using it for quite some time unless something awesome happens.