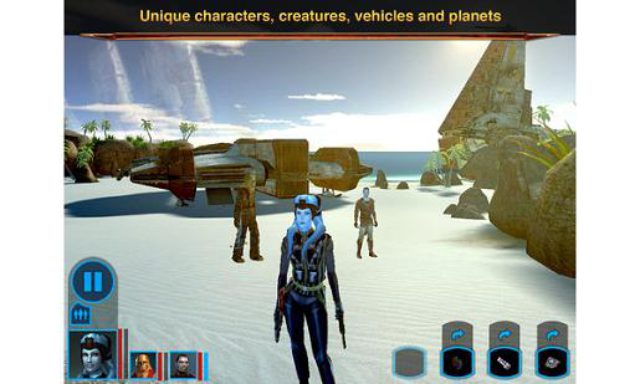 One of the most loved Stars Wars games of all times “Star Wars: Knights of the Old Republic,” just made its way to Apple’s platform today. The classic-style BioWare RPG game was originally released a decade ago for the Xbox, yet still is loved by Star Wars fans for its cool story line.  The game was ported by Aspyr Media, the same guys that that brought the title to OS X. The game is currently available in iTunes store for $9.99, and be ready to sacrifice almost 2GB of your precious iPad space, which shouldn’t be a problem for those who believe In The Force.