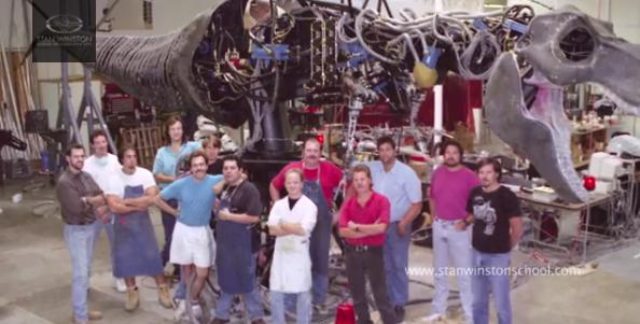 If you ask the special effects team for Jurassic Park, how the achieved such a difficult task without the CG animation we have now, words alone wouldn’t do justice to the effort the put to bring the creatures to life. Stan Winston Studios, the effects house behind the creatures for the film, is showing behind the scenes of how they built the T-Rex that had you spilling your popcorn back in the 1990s. Watch the 3 part series below with commentary from engineers who worked on the project, to see how the 9,000-pound tyrannosaurus rex was built from scratch, be sure to share with some old school friends.