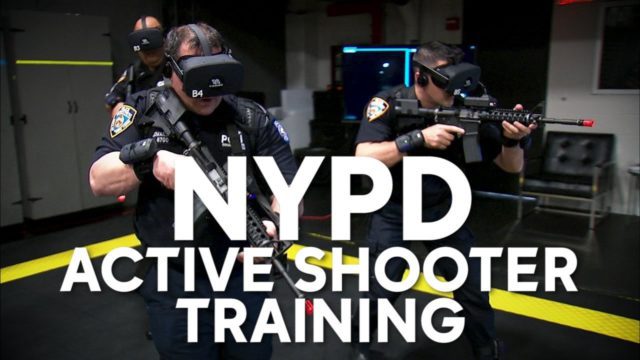 Companies exploring the idea of using virtual reality (VR) to train their workforce is on the rise, thanks to the recent advancement in with the VR industry. We’ve seen companies such as Google and Walmart adopt it as a training platform to teach skills and simulate certain situations and then ask employees to make choices based on that.

It looks like the NYPD is testing virtual reality training drills for real-life scenarios that would be impossible to recreate. The VR drills will be used to train police officers on active shooter scenarios. According to NYPD Counterterrorism Deputy Chief John O’Connell,

“It adds another whole component. You can change the scenarios. You don’t need that much space. So we’re taking a good look at.”

Using VR for such active and ever-changing immersive scenarios has its perks, the entire drill can be recorded digitally to gather data and provide feedback for improvement. The point of the VR training for officers is to see how efficient and effective it is and maybe it gets implemented for other police departments nationwide. Watch the video below to see the VR drill in progress.