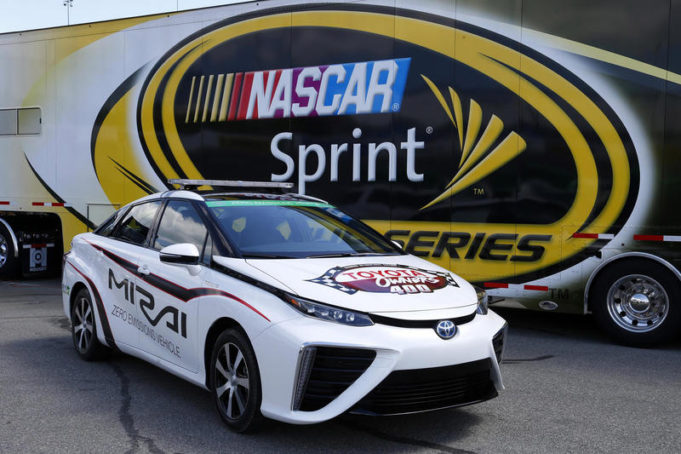 NASCAR is obviously known for having diesel or gasoline driven racing vehicles. The pace car at the motorsport’s Sprint Cup race in Richmond (today April 26th). The hydrogen powered, Toyota Mirai leads the race in its pace car. This is the first time a fuel cell car has had that distinction at a NASCAR event.

Hopefully this publicity stunt by Toyota at such a large event, sponsored by NASCAR, will give the Toyota Mirai the much-needed attention for its later launch in California at the end of the year. It’s amazing to see that hydrogen cars can keep up, performance-wise with stock diesel cars. But the real challenge, is for Toyota to make this hydrogen-fueled race car a marketable brand. If successful then maybe we can see these vehicles on the streets, next to the American muscle cars.