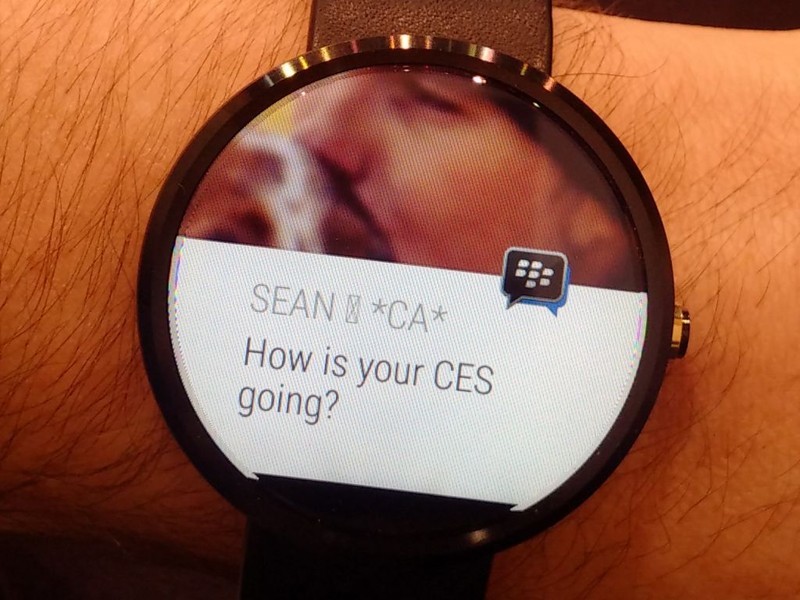 At CES 2015 BlackBerry has announced that its well trusted instant messaging platform, Blackberry Messenger (BBM) is now showing its support for Android Wear. BBM was at first a Blackberry exclusive app, but its fam grew wide and far and it had to cross over to multiple platforms such as Android, iOS and recently Windows Phone OS. And now Android Wear will experience the very popular IM.

BlackBerry is committed to listening to our customers and integrating new features and partners to improve the BBM Chat experience. The integration of BBM to support wearable technology is just one way we’re expanding the capabilities of our portfolio and delivering exciting options for customers to easily access BlackBerry’s cross-platform technologies.

Android Wear device support is not available yet for Blackberry Users as of yet. BBM for Android Wear will display features of the instant messenger and the notifications will appear automatically, right on the watch. It should be available by Early 2015.