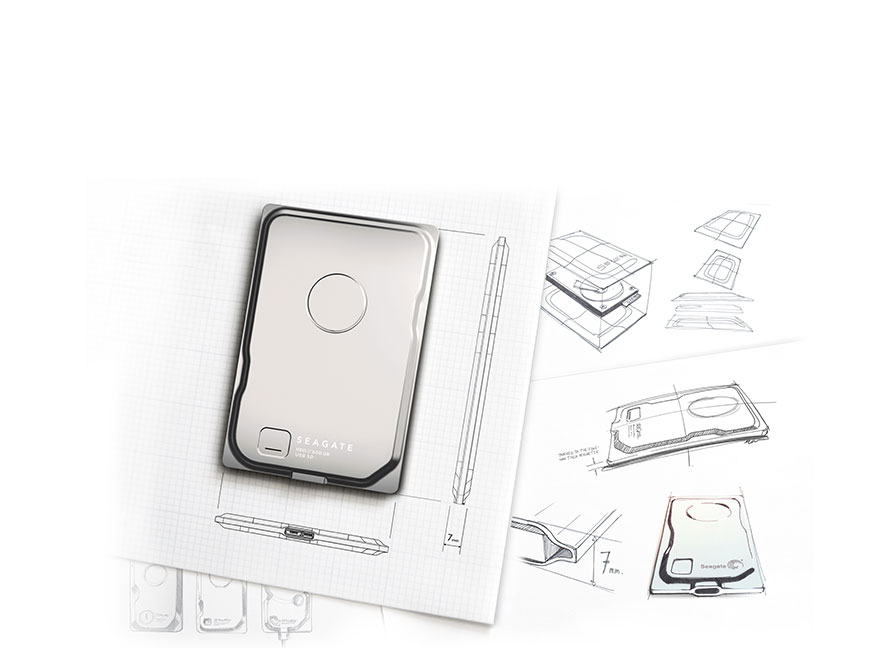 Seagate is celebrating their 35th anniversary, by introducing to the world its first slimmest PC hard drive yet. The new Seagate “Seven” is an all-steel, 500GB, 5-mm Angsana hard drive. Seagate claims that their steel slab is “thinner” than Apple’s iPhone 6+. Seagate’s new Seven is so thin that it even looks just like an internal drive.

Even with its compact size, the Seven has a very rugged and solid appearance. Seagate says the drive’s case is strong enough to withstands shocks, accidental drops and even being run over by a small car. The Seven supports USB 3.0 and comes with just one Micro-USB 3.0 port for both power and data connections. The drive is also compatible with USB 2.0 and works with Windows and Macs.

The new Seagate Seven portable hard drive will be widely available this month, with just 500GB, an priced at $99.99. The drive includes a 3-year warranty.