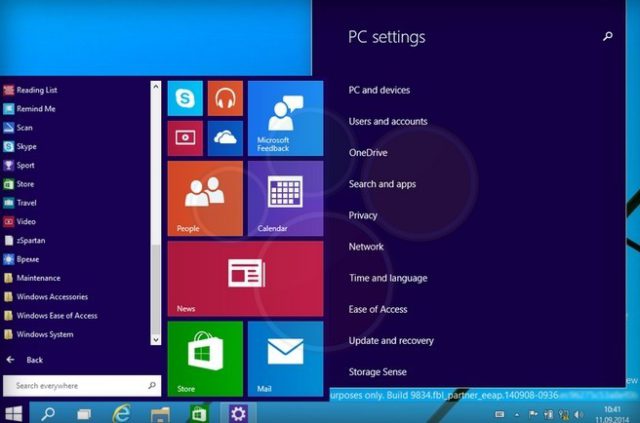 Leaks always have an atom of truth to them, and not all end up being rumors either, (as seen with Apple’s new iPhones.) The recently leaked Windows 9 screenshot gives us a closer look at what the next version of Windows will look like. Even though Microsoft teased a classic-style Start Menu five months ago, some German sites ComputerBaseand WinFuture have gotten their hands on 20 screenshots reportedly from the  “Windows Technical Preview” expected to arrive this fall. Going through the screenshots gives us a closer look at the new Start Menu, refined Taskbar, new search icon, new icon rumored for the virtual-desktop shortcut, and a pane along the bottom of the screen that you can use to toggle between different desktops. There’s also a new notification center present in the System Tray, it certainly seems like we’ll be getting a totally overhauled Windows desktop this fall. There’s no word yet from Microsoft regarding the Windows 9 screenshots leaks, I just hope a preview version is around the corner.