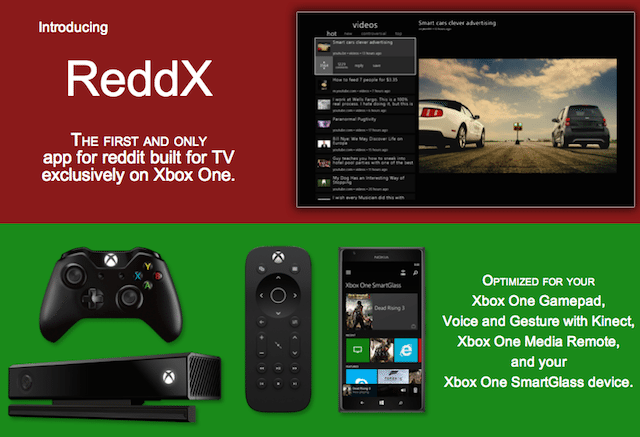 The self-proclaimed “front page of the internet” Reddit, just released a dedicated application called Reddx for the Xbox One today. The Reddit app for Xbox One will allow users to browse its content, and they will also be able to submit their likes, upvote and downvote contents from their Xbox One while using the controller or SmartGlass device. Major Nelson, says that the ReddX app is the first that has been exclusively developed for a gaming console, and even wrote a post to Reddit from the app to show how feasible it is. The ReddX app will be available for Xbox One consoles in North America starting today. The app loads YouTube videos, images and GIFs on the right without leaving the app. Not only do you get to watch your GIFs, you can also pause, play, forward and rewind too. The ReddX app also comes with Kinnect support which means you can the app with your voice. If you are a Reddit users and happen to own the Xbox One console, give the app a spin and let us know what you think.

Posting to @reddit using the new ReddX app for Xbox One pic.twitter.com/tMXnqIMr1H