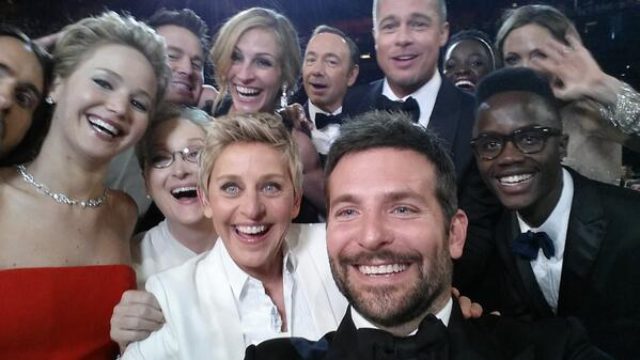 Ellen just shattered the record for most retweets, and froze twitter in the process. Ellen’s retweet surpassed the last record-holder President Obama, whose tweet after wining the 2012 presidential election currently counts 779,460 retweets. Ellen achieved this in a little more than half an hour, and she got the confirmation from Twitter during the Oscar’s of her recent record. Ellen’s current record rests at  2,128,853 Retweets 979,676 favorites  at the moment of this post “We just broke Twitter,” she said. “We’re all winners.”

If only Bradley’s arm was longer. Best photo ever. #oscars pic.twitter.com/C9U5NOtGap