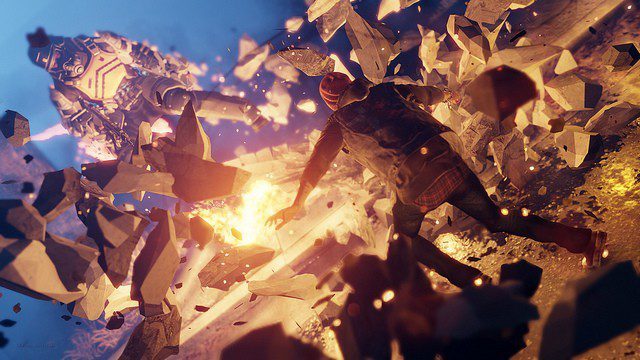 Now here is the E3 trailer for the inFAMOUS Second Son by Sucker Punch, the explosive trailer “introduces Delsin Rowe’s older brother, Reggie, who will accompany Delsin on his journey in Seattle. You would see Delsin  using his Orbital Drop superpower and more action to expect from the game. Reggie is voiced by Travis Willingham, who is an actual close friend in with Troy Baker, the voice actor for Delsin in real life. The game is set in Seattle, as Sucker Punch stated that put in hard work “to bring Seattle and the superhuman experience to life.”