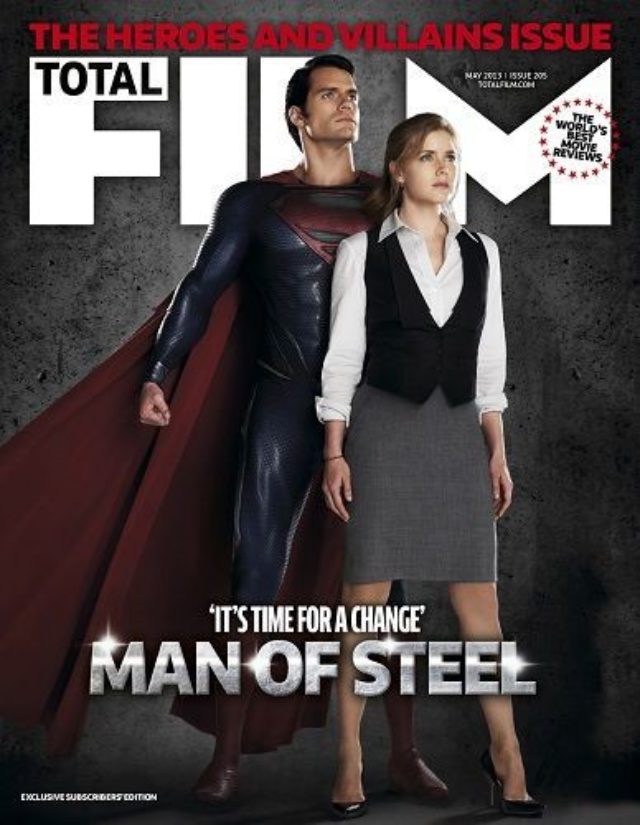 “We’ve tried to make a Superman movie where he does stuff and you go, ‘Yeah, if I was Superman, that’s what I’d do,’” Zack Snyder told us. “Even though he’s an alien, he’s more relatable, more human.”

The man playing the lead role in the all new-epic Henry Cavill, had this to say

“This is a Superman for a modern age. It’s not betraying anything that Superman is, but it is grounding everything in reality. It’s the story of this incredible being who can do incredible things, but whom we can associate with. Because he’s gone through troubling stuff and had to make tough choices…”

I know a lot of fans and critics are patiently waiting for the release of the movie. I personally think this will be a good Superman Movie, if you have not seen the trailer watch it below. Man of Steel is out on June 14th, for more on the interview and pictures, be sure to grab the latest copy of Total Film Magazine.