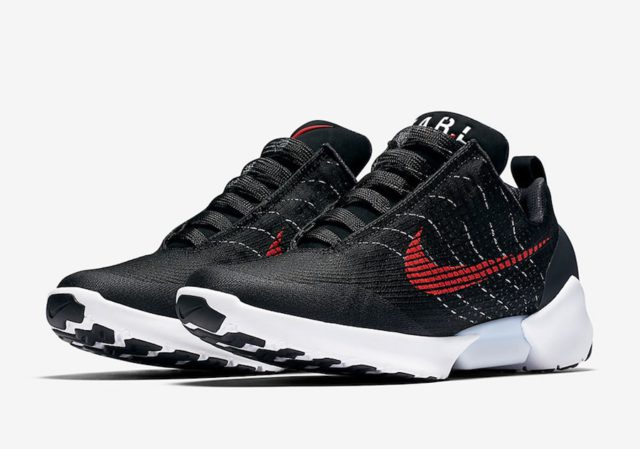 The closest thing to Marty McFly shoes are Nike’s self -tightening shoes, those of you who are fans of the cult classic movie will get another window to buy one starting this weekend. Nike only released a few pairs of the $720 HyperAdapt 1.0 late last year, this time around, the company has plans to roll more pairs out around the world over the next few months.  The original Black/White-Blue Lagoon color scheme, as well as a Black/White-Red Lagoon colorway that launches tomorrow, will be included. Those of you who missed the SNKRS online draw for a chance to purchase the Nike HyperAdapt can visit NikeTown New York, Nike SoHo, Nike Chicago, The Grove, and Nike San Francisco locations this weekend for another chance to join the draw.

HOW TO GET THE NIKE HYPERADAPT 1.0