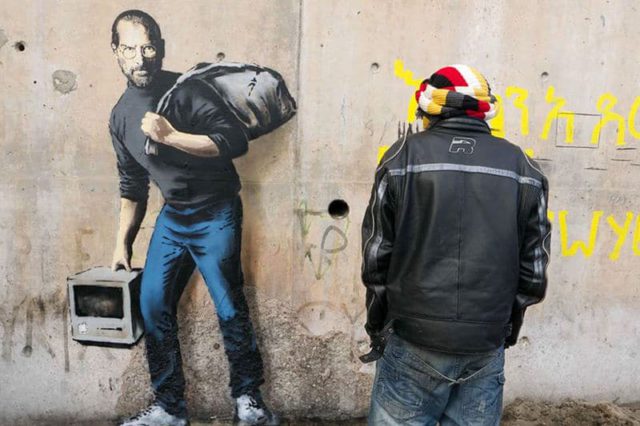 Popular (and anonymous) street artist Banksy often uses his art to bring attention to important matters across the world. The British artist just spray-painted a Steve Jobs image on a wall in the Calais refugee camp (in France). For those who don’t know, Steve Jobs was a child of a Syrian immigrant, and Banksy dedicated this spray painted artwork to bring global awareness to the Syrian refugee crisis. In the image, Steve Jobs is standing with an old school Mac in on hand and a bag over his shoulder. This mural is one of the top trending topics on Twitter right now. Banksy even captioned the image as “The son of a migrant from Syria”. You can check out the image from different angles on Banksy’s site.