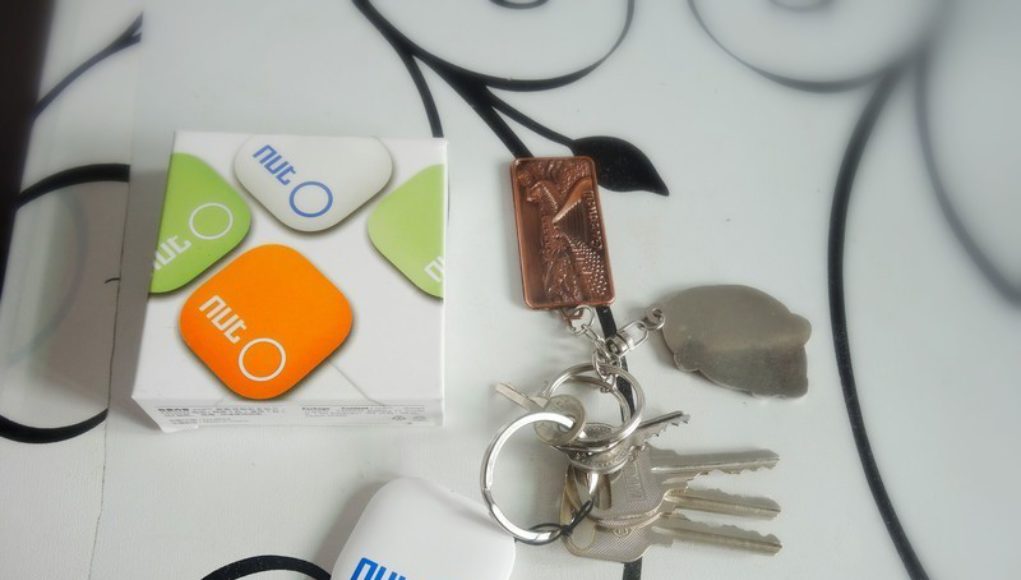 Nut Smart Tracker is a pebble-shaped device which can be attached to your key chain. It is a product of Beijing Zizai Technology Co, LTD. While used to track or find your lost devices and keys, it also comes in various colors like cloud-white, orange or lime green. It is very light and thin making it very portable, communicates with your device via Bluetooth 4.0, it is compatible with the iPhone 6/6+ and Android 4.2+ devices. This is done with an app which can be downloaded by scanning the QR code on the Nut’s box. The box, by the way, comes with an extra battery while one is installed in the device. These are replaceable and last six months.

The device feels great and light. It is very portable and can be opened if you need to get access to the replaceable battery. It has a single button for pairing and locating any of your lost devices. It also has a multi-color LED used to inform the user about device status like connected, searching, battery low and so on. It has a groove where a cord can be attached for putting the Nut on your key chain. It is entirely made of plastic but not the cheap kind. Bluetooth 4.0 lives inside with a tiny speaker that’s used for alerting you with beeps when you are try finding your lost keys. I do wish that GPS was onboard as advertised, especially with it being a tracker of lost things.

As said above it requires an app to be downloaded by scanning a QR code from the box. This app is from the Google Play Store and it is updated regularly, more than I expected. This company is one of the few Chinese companies standing behind their products with constant updates. They do this because the software has bugs and is almost unusable. The Nut Smart Tracker doesn’t seem to follow the normal Chinese OEM mentality. It is a very refined product. Both hardware and software. You sign into the app using your phone number if you’re in China or your Social media accounts such as Facebook, Twitter, Weibo or QQ. The interface is straight forward prompting you to pair your Nut with easy to follow animated guides. It has maps built-in to track you keys if they are attached to the Nut using its GPS. The app also shows you the proximity of the device you use from the Nut. Because it has Bluetooth 4.0 you can pair many Nut trackers to one device and track different things at once in one place.

You can find your lost device by holding on the button on the Nut for about 4 seconds. Your device will then ring and the alert duration can be set from the app. When you want to find your keys or Nut just hit the search button in the app and the Nut emits a very loud beep. The two-way device tracking works very well. I used to have connection and disconnection issues, but those were fixed quickly with an update. The range is pretty long I would say up to 30-40m in an open field without walls and about 10-20m with walls or other objects blocking the waves. It is pretty good.

Cons: Almost none except being really picky and wanting waterproofing or water resistance for some extreme cases. Also, I wish the LED was more informative and easier to understand what’s going on. And there is no GPS on board.

You can get this product here from tinydeal.com and we thank them for supplying the product. Head over to their website, grab yours and please while you’re there tell them we sent you.