The guys from Netflix have finally decided to update their Android app with features they announced way back in September. The Netflix “Social Recommendation” feature is now available for Android devices, allowing you to privately recommend your shows to your inner circle of friends. Even though iOS users have had this feature for a while now, Netflix added some exclusive features that makes use of the Android OS push notification capabilities. 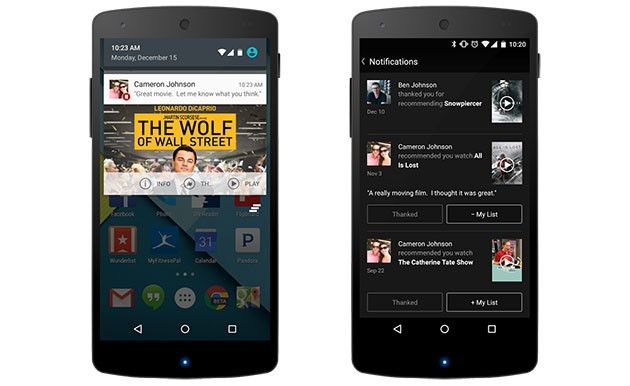 Apart from being able to thank your friends for a recommendation and getting more movie info, Netflix also added some Android Wear integration. You can now receive recommendations on your Android Wear smartwatch and also control your shows from your wrist.