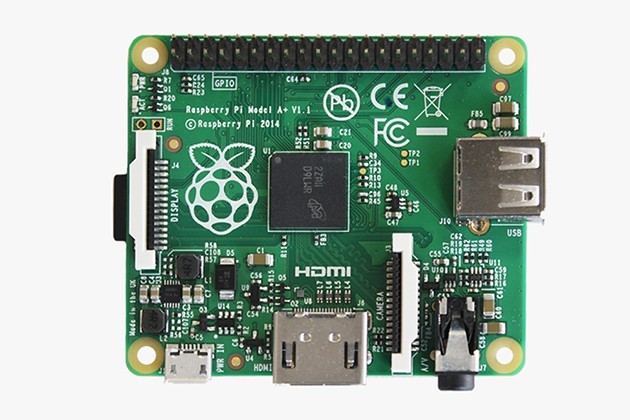 In July, Raspberry Pi foundation confirmed that work was going on for a low-cost model of their mini-computer. The Foundation finally introduced the Model A+, a cheaper and smaller low-end board priced at $20 (£20 in the UK). The Raspberry Pi Model A+ is 65mm (2.6 inches) in length as compared to the original Model at 86mm (3.4 inches). As for things they both have in common, the new processor and RAM — a Broadcom BCM2835 SoC and 256MB — remain the same as its predecessor. The power consumption level on the Model A+ has been significantly reduced, the board also comes with similar improvements made in the Model B+.

The friction-fit SD card socket in the old model has been replaced to a push-push microSD card slot, an audio circuit, with a dedicated low-noise power supply, provides better audio. The company added 14 extra GPIO (General-purpose input-output) bringing the total up to 40 pins, making the Raspberry Pi Model A+ compatible with the HAT standard for add-on boards. Making the Pi miniboard smaller sure adds to the price cut, knocking off $5 compared to the $25 price it sold for in 2011. The Raspberry Pi Model A+ is currently available in both the USand the UK, and you can grab one now from the link below.