Technology has always come to the rescue of mankind, playing lead roles to historical scientific events like landing on the moon or roving the red planet. A group of marine archaeologists are embarking on a scientific quest to explore an ancient 2,000-year-old shipwreck at the bottom of the Aegean, with a semi-robotic metal diving Exosuit. The Exosuit looks likes like an early build of the iron man suit without all the firepower. The semi-robotic metal diving suit weighs a whooping 530lbs., and has the capability of dropping all the way down to 1,000 feet. 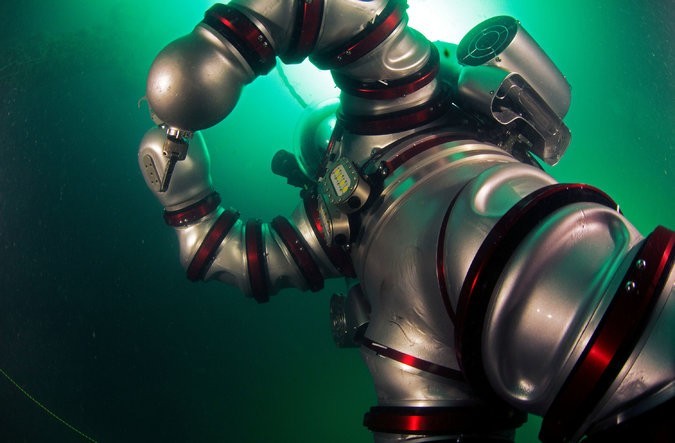 The suit allows the archaeologist to stay underwater for hours without the diver being at risk of decompression sickness. Previous expedition to this shipwreck was held in the 1950s and 1970s after sponge divers discovered it in 1900. The Exosuit might help unearth more artifacts than the teams led by Jacques Cousteau when they visited the wreck in the 1950s and 1970s. You can follow the adventures of the Exosuit from their official Facebook page if you are interested.