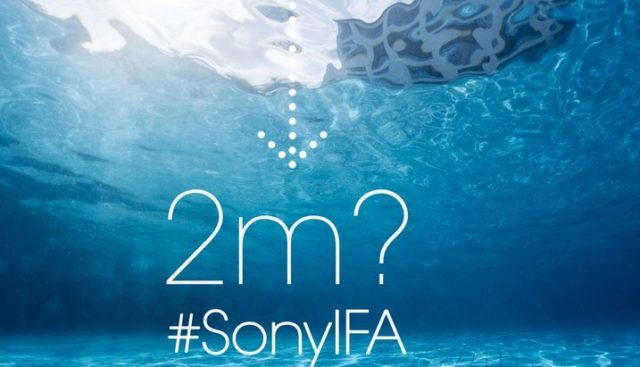 You must love the IFA season, as the teasers never stop, this is the month company dole out big money for ads and trow subliminal shades. Sony just posted a teaser picture that relates to the water resistance of its devices on its UK Twitter timeline ahead of IFA 2014. The picture indicates a possible waterproofing feature of two metes or more as the question mark implies. Sony recently introduced a mid-range phone Xperia M2 Aqua, with an IP65/68 waterproofing rating, this new device’s expected to take Sony’s expected phone to a new dept.

Since the introduction of the Xperia Z and its water resistance nature, the company has focused it’s selling point to their devices aquatic nature. Lets hang in there to see how deep Sony is trying to take us.

We’ll be getting deep at #IFA2014. But how deep..? #SonyIFA pic.twitter.com/elDGs2wXfl